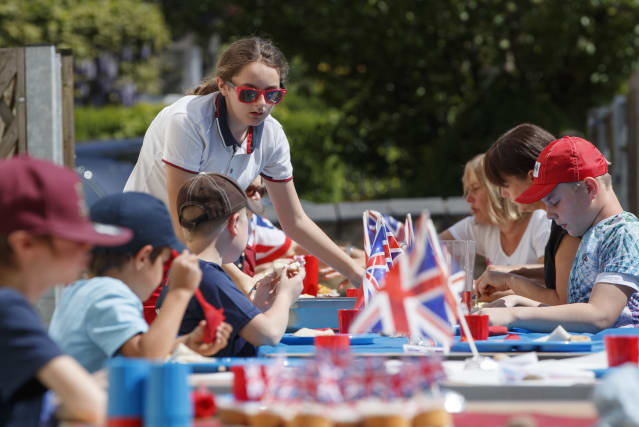 The UK will come together to commemorate the 75th anniversary of Victory in Europe (VE) Day and remember those who fought and died in the Second World War, despite restrictions imposed due to coronavirus.

Although large-scale public events are unable to go ahead, tributes will be paid by politicians and members of the royal family, as well as through a host of other events.

Friday commemorates the official surrender of Nazi Germany to the Allied forces on May 8 1945, following the Second World War.

Boris Johnson has written to veterans to assure them that despite the ongoing lockdown, they and their efforts to defeat a “ruthless enemy” would not be forgotten.

“We cannot pay our tribute with the parades and street celebrations we enjoyed in the past; your loved ones may be unable to visit in person,” he said in the letter.

“But please allow us, your proud compatriots, to be the first to offer our gratitude, our heartfelt thanks and our solemn pledge: you will always be remembered.”

Labour leader Sir Keir Starmer will also release a pre-recorded commemorative message to mark VE Day, and tributes will be offered by speakers in both the House of Commons and Lords.

A two-minute national silence will be observed at 11am to honour the memories of the British servicemen and women who gave their lives during the conflict.

The silence will be led by the Prince of Wales and the Duchess of Cornwall, and broadcast from a location in Scotland, where they are self-isolating.

Meanwhile, Archbishop of Canterbury Justin Welby will reflect on the “courage and sacrifice” of the war generation, describing reconciliation and hope as the “two great tributes we can pay”.

At 9pm, the Queen will address the nation in a televised message – the exact moment her father, King George VI, gave a speech over the radio three-quarters of a century earlier.

The Red Arrows will also fly over London while RAF Typhoons will appear above Cardiff, Edinburgh and Belfast as the air force pays its respects.

Captain Tom Moore, who raised more than £30 million for the NHS in April, will share his memories of wartime in an ITV documentary called Captain Tom’s War, which airs at 8pm.

In it he recalls having his spirits lifted by Dame Vera Lynn, whose songs include We’ll Meet Again and The White Cliffs Of Dover.

“She did a little song for us, so it really boosted the morale of everybody,” he said. “She was great.”

The nation is also invited to come together in a rendition of We’ll Meet Again on BBC One, following the Queen’s address.

Other VE Day celebrations have been put on and adapted so that the public can get involved, while still adhering to social-distancing guidelines.

The Government has created a template pack to enable people to host a 1940s-style afternoon tea from their living rooms or gardens – consisting of VE Day bunting, recipes, and games for children.

The family tree discovery service Ancestry.co.uk will be free throughout the Bank Holiday weekend to give people the opportunity to uncover personal stories of the war, the Department for Digital, Culture, Media and Sport said

Other broadcast events include a Royal British Legion’s (RBL) VE Day 75 Livestream – which can be accessed at https://www.britishlegion.org.uk/stories/ve-day-75-livestream – featuring a national toast to war veterans at 3pm.

The National Museum of the Royal Navy, the National Army Museum and the Royal Air Force Museum are also joining forces to host a free online festival, bringing to life the stories of those who helped deliver Victory in Europe.