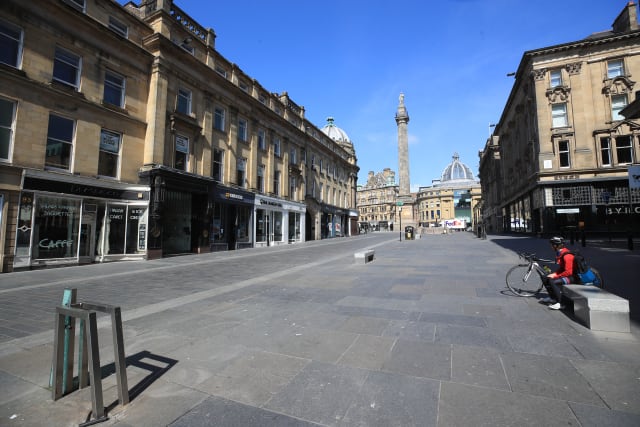 Banks have funnelled more than £5.5 billion to small and medium sized companies to help keep them afloat as part of a Government support scheme.

UK Finance said that its members, which include the biggest banks in the country, have approved another £1.4 billion in new loans since last week.

The data, which covers the week to Tuesday, showed that another 8,500 loans were agreed over the period.

The loans are all part of the Government’s coronavirus business interruption loan scheme (CBILS), which launched in March.

A little over half of the 63,000 businesses who have sent completed applications to the banks have been approved, UK Finance said.

“The banking and finance industry is committed to helping viable businesses of all sizes get through these tough times,” said UK Finance boss Stephen Jones.

On Monday banks launched their new bounce back schemes, which provide a 100% Government-backed loan of up to 25% of turnover, to a maximum of £50,000.

The pace far outstrips the CBILS, which only has an 80% Government guarantee and requires more due diligence from the banks.

Mr Jones added: “Bank staff have worked tirelessly over the past week to provide businesses with the finance they need, delivering another £1.4 billion of lending under the CBIL scheme, on top of over £2 billion in bounce back loans targeted at smaller firms and sole traders.”

However, he warned businesses not to think of the loans as free money.

“It’s important to remember that any financing provided under the CBIL or BBL schemes is a debt not a grant, and so firms should carefully consider their ability to repay before applying.”

The loans are part of a massive rescue scheme for the economy, put together by chancellor Rishi Sunak to help prop up companies and jobs.

The Government is already picking up the wage bills of millions of workers, after guaranteeing to pay 80% of salaries for many employees who have been sent home due to the economic shutdown.

Guests at luxury hotels to have temperatures checked on arrival