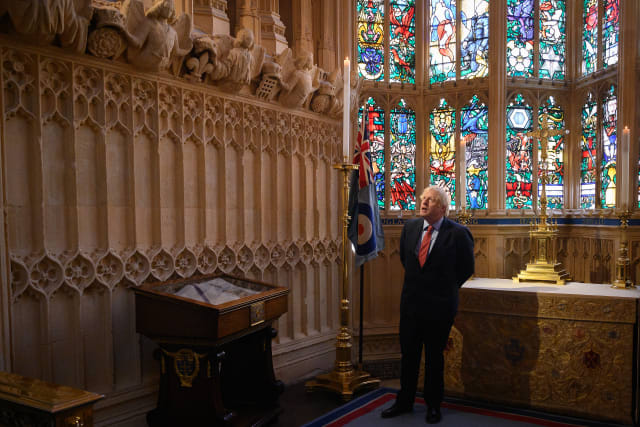 Boris Johnson has visited Westminster Abbey to pay respects to fallen soldiers ahead of the 75th anniversary of Victory in Europe (VE) Day.

The Prime Minister was welcomed to the abbey by the Dean of Westminster, Reverend Dr David Hoyle, and was invited to light a candle at the Grave of the Unknown Warrior.

A moment of silence was then observed to remember all those who lost their lives during the Second World War, followed by a short prayer from Rev Hoyle.

The visit comes ahead of the celebrations which are due to take place across the country tomorrow.

The date marks the official surrender of Nazi Germany to the allied forces on May 8 1945, following the conflict.

While at the abbey, Mr Johnson also visited the RAF Chapel and the Roll of Honour which contains the names of 1,497 pilots and aircrew killed or mortally wounded during the Battle of Britain.

He will also attend a service of thanksgiving, alongside the Queen, which will take place at the abbey tomorrow at 11am.

The podcast will be released tomorrow morning at 9.00 am, ahead of the service and national celebrations.

Despite the ongoing UK lockdown, the public are being encouraged to join festivities remotely.

Socially distanced street parties have been organised, during which people plan to join Dame Vera Lynn in singing her classic We’ll Meet Again from their front doors and windows.

The Queen is will address the nation in a televised message at 9pm – the exact moment her father, King George VI, gave a speech over the radio three-quarters of a century earlier.