Worldwide Covid-19 policy differences ‘should not prevent lessons being learned’ 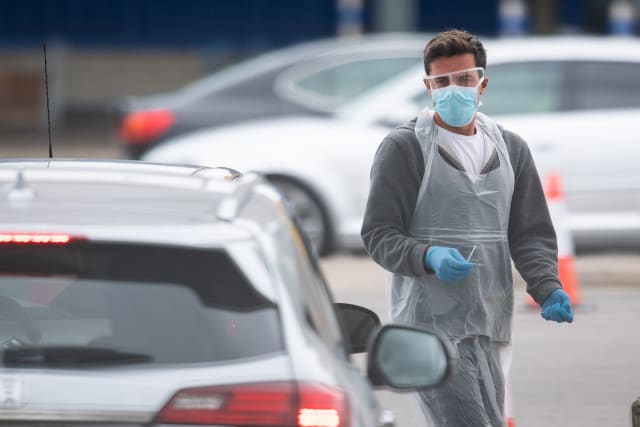 Differences in coronavirus policies across the world should not be used as an excuse to not learn lessons from other nations, an expert has said.

Data suggests the UK has the highest number of recorded Covid-19 related deaths in Europe, but Downing Street has warned against comparing different nations’ tolls.

However, Professor Reinhard Busse, head of the department of health care management at the Berlin University of Technology, said varying approaches should not prevent comparisons between countries.

Germany contained the outbreak much quicker than many other countries, attributed to its diagnostic testing capability.

Speaking at a Science Media Centre press briefing, Prof Busse said: “It is always difficult to compare country by country if you only look at the averages.

“So yes, there are differences, but that should not prevent us in doing comparisons, and this should not be an excuse to say, ‘I cannot learn from other countries’.”

Explaining how Germany managed the pandemic, Prof Busse said the first case was detected in the country in January, and the public health strategy was developed.

“It was in our pandemic plan that you would really trace down every single case,” he said.

Prof Busse said this allowed contact tracing and potential cases to be identified.

He added: “For our GPs, it was a big task to set up testing capacities. Unlike other countries, every GP has had the chance to do tests on their patients.

“So when you look at cumulative numbers of people who have been affected in Germany, only one in seven of those had any contact with a hospital. So six out of seven were dealt with in outpatients departments, which differs to other countries.

“When you look in Spain it is 50% who had been in hospital, in Italy (and the) UK, at least at the height of the infection, it was every third.”

He said that inside around a week Germany was looking at stopping public gatherings of more than 1,000 people, and a few days later it moved to two people who could meet outside.

“And at that stage we were still there from Germany, wondering why the UK didn’t do anything.”

Prof Busse said it was maybe a sign of how much countries were willing to look at what others were doing.

Professor Giovanni Rezza, director of the department of infectious diseases at the Istituto Superiore di Sanita in Rome, said: “In Germany it seems that the case fatality rate is much lower than in Italy, in Spain or the UK.

“We don’t know the reason for that, but it may be because they do more contact tracing so they are able to catch a lot of people with less severe symptoms or also asymptomatic people.

“Or there are other reasons. I think the more aggressive you are in terms of tracing and testing, the higher number of people you catch without severe symptoms and the lower the case fatality rate, so making comparisons is not an easy task.”

On Tuesday figures showed a total of 32,375 deaths involving Covid-19 had been registered across the UK.

In Italy, the first European country to suffer a major outbreak, the figure was 29,315 at 5pm on Tuesday.