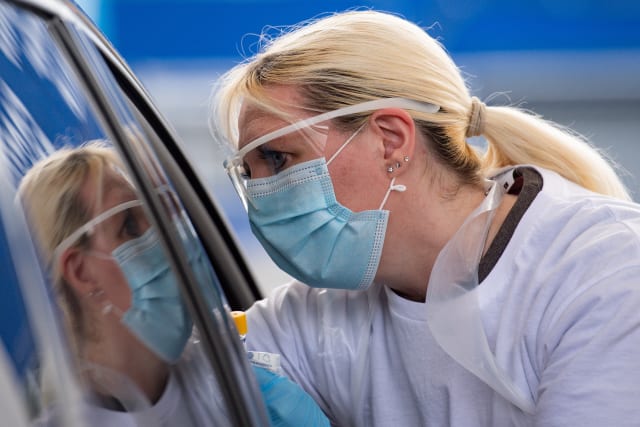 A higher capacity for testing at the start of the Covid-19 outbreak could have meant continuing widespread checks in the community, a minister has conceded.

England’s chief scientific adviser Sir Patrick Vallance told MPs on the Health and Social Care Committee on Tuesday that it would have been “beneficial” if testing capacity had been ramped up more quickly.

At the same committee, England’s deputy chief medical officer Dr Jenny Harries admitted that had there been unlimited capacity, a “slightly different approach” could have been taken.

When asked why widespread community testing was halted, Mr Brokenshire told BBC’s Today programme on Wednesday: “We’ve always been informed by the expert advice around this.

“There was a shift in terms of how testing was done – we’ve already heard on some of the issues of overall capacity at that point in time and some of the evidence that Patrick Vallance, our chief scientific officer, has given.”

Asked whether, had there been the capacity, track-and-tracing should have continued, the Home Office minister said: “Would there have been benefit in having that extra capacity, as Patrick Vallance highlighted yesterday? Yes.

Asked about the falling numbers of tests undertaken since then, with the Government failing to hit its 100,000 daily target for the third day in a row on Monday, Mr Brokenshire said capacity is there but demand will vary.

He told BBC Breakfast: “I think on that the point is that the capacity is there to meet need, that is the important thing. And whether you look at an individual day, we have scaled that up and so that testing is there if it is needed.”

Ministers abandoned widespread testing and contact tracing on March 12 as the virus spread beyond control in the community.

On Tuesday, Sir Patrick told MPs a greater ability to carry out testing would have improved the UK’s response to the pandemic.

He told the committee: “I think that probably we, in the early phases, and I’ve said this before, I think if we’d managed to ramp up testing capacity quicker it would have been beneficial.”

Meanwhile, Dr Harries said limited resources meant a balance had to be struck at the time.

But she added that “if we had unlimited capacity, and the ongoing support beyond that, then we perhaps would choose a slightly different approach”.

On this point, Mr Brokenshire told BBC Breakfast on Wednesday that while the UK has “world-leading laboratories, overall capacity and scale is something that we did not have”.

He added: “Clearly there will be plenty of time for searching questions once we are through this, and how we ensure that we are as best prepared as we can be, learning and applying lessons from this experience.

“But at the same time we must be rigorously focused on the here and now, looking at these next steps and ensuring that we do that carefully, appropriately, to get through this virus.”