Warning over ‘perilous future’ for London Zoo in face of lockdown 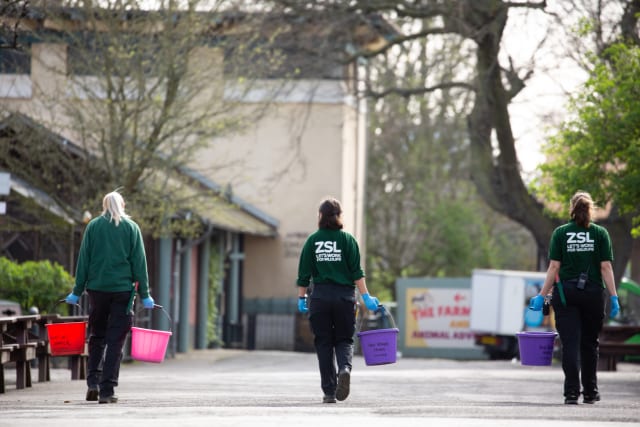 London Zoo and its important conservation work faces a perilous future without immediate support, the Zoological Society of London has warned.

World-famous ZSL London Zoo and its sister site Whipsnade Zoo, Bedfordshire, have been closed to visitors since March 20-21 due to the pandemic lockdown, the conservation charity which runs them said.

Doors of the zoos will have been shut for most of the peak season, including school holidays at Easter, when they would expect 250,000 visitors, and two May bank holiday weekends.

This means the charity’s core income has dried up while its costs for keepers and vets to care for 20,000 animals, many of them rare and endangered, remain the same.

The income from the zoos also underpins ZSL’s scientific research institute and global conservation programmes, which help nature, research diseases in wildlife, including coronaviruses, and work on stopping the illegal wildlife trade which helps infections spread from wild animals to people.

Director general Dominic Jermey said the situation was putting it in a “very challenging” position.

ZSL said it was struggling to obtain financial support from banks, because the organisation has no history of borrowing and cannot access the kind of major commercial loan it needs in the face of now dwindling reserves.

It also operates to invest everything back into conservation and science, which makes it hard for it to generate profits to pay off a loan.

Ministers have announced a £14 million fund to support zoos hit by the pandemic lockdown but ZSL said the focus was on small grants for small zoos and an institution of its size needs much more significant support.

The charity has warned the Government that without financial support or guarantees that would allow banks to lend, the zoos and their conservation work face a perilous future.

Mr Jermey told the PA news agency: “In good faith we are having conversations with very generous people who have supported us in the past, and with banks, in order to make sure the future does not remain perilous.

“But at the moment it’s a very challenging moment for the organisation.”

The idea that the pandemic could spell the end of London Zoo “would be absolutely unthinkable”, he said.

“But the plain facts of any organisation is we can’t continue to operate without any income.”

Mr Jermey said ZSL was “determined to be part of the solution”, with its work on wildlife diseases and, as lockdown begins to ease, by offering people a safe space they can go and enjoy an outside experience in a socially distant way.

The zoos have plans to give people confidence to come – in smaller numbers – once they are allowed to, with measures including contactless-only payments, hygiene points, a one-way system at London Zoo and by being an outdoor-only experience to begin with.

He said London Zoo had only ever shut once before, for two weeks during the Blitz, before it reopened at the request of the Government to boost morale in the capital.

While he acknowledged the Government had a lot on its hands, he said: “a national institution such as ZSL and its zoos cannot slip through the cracks.”

– ZSL has also launched a fundraising drive for members of the public to support the zoos and its work: zsl.org/donate