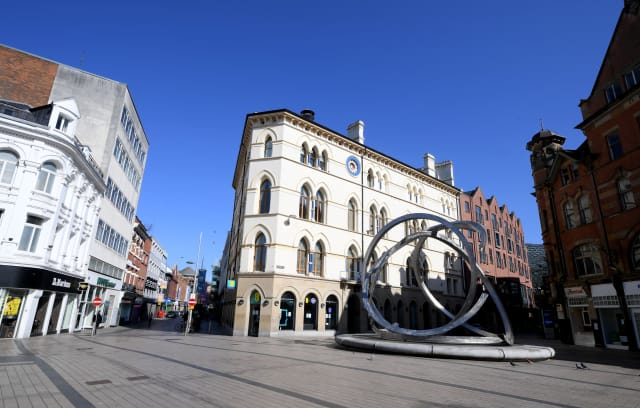 A third of Belfast businesses are eligible for Stormont’s coronavirus support, traders have said.

He told Stormont’s Economy Committee that the higher rateable value of many firms in the city centre rules them out of a scheme run by the Economy Department.

Mr Hamilton said: “It isn’t expected that footfall will pick up to anywhere near pre-coronavirus levels for some time to come so those businesses will need ongoing support to help them through these tough times which will be with us for quite a while.”

Only 6% of businesses in the city remain physically open.

A £25,000 grant supports businesses in the retail, hospitality, tourism and leisure sectors.

Mr Hamilton said the impact of Covid-19 on Belfast has been significant.

The city accounts for 30% of Northern Ireland’s jobs, produces a quarter of the total rates take, and generates half of out-of-state visitor spending.

The jobs furlough scheme, which has seen the Government pay thousands of workers’ wages, is due to be wound down next month but Chancellor Rishi Sunak has said it will not be a cliff-edge halt.

“Some form of extension of furlough would be vital because businesses will be starting at a different scale than they were in March,” he said.

“Many will be trying to rebuild their market share and many will not be in profit.”

“Fatigue is starting to set in with the public – you only have to look at the routes around Belfast to see that.

“I think more people will abide by it if they get a sense of when it will end.”