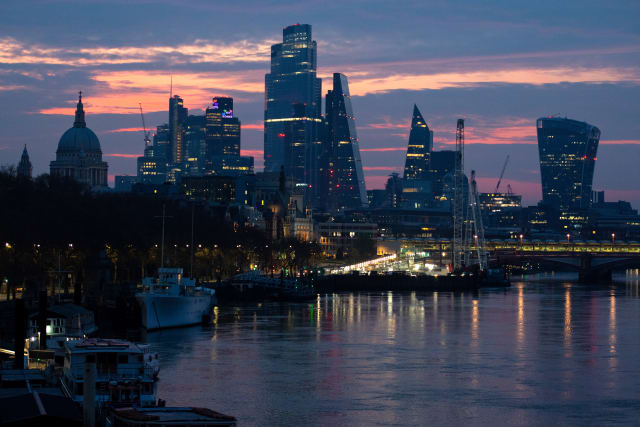 More than 69,000 loans for small businesses which need help to bounce back from the coronavirus crisis were approved within the first day of the scheme launching, as banks paid out to borrowers at break-neck speed.

Firms pocketed more than £2 billion in approved loans in the first 24 hours, with much of the money being paid out just one day after the loans were given a thumbs-up by lenders.

Chancellor Rishi Sunak said: “Small businesses will be the driving force of our recovery from the pandemic, creating jobs and securing economic growth.

“These loans will help them bounce back from this crisis – getting money fast – so it’s great to see close to 70,000 businesses benefiting in just the first day.

“It’s vital this speedy progress continues in the days and weeks ahead.”

Mr Sunak announced the scheme on April 27, and it was launched by banks on Monday morning.

Between them, the seven biggest lenders received more than 130,000 applications under the Bounce Back Loan Scheme (BBLS).

It means that, in one day, the applications far outpaced the Coronavirus Business Interruption Loan Scheme (CBILS), which was launched in March.

According to the latest available figures, up to last Tuesday, just under 53,000 CBILS applications had reached the big banks and they had approved £4.1 billion to 25,000 companies.

Under CBILS, the Government promises to guarantee 80% of the loan.

However, the BBLS, with a 100% guarantee and less stringent checks on businesses, has proved significantly more popular.

Businesses can get a loan of up to 25% of their turnover, capped at £50,000 each. The Government has said it will cover the 2.5% interest on the loans for the first 12 months.

Lloyds alone said on Tuesday that it had sent more than £1 billion to 32,000 small businesses, whose applications were approved on Monday.

According to figures provided on Tuesday by Barclays, Lloyds, HSBC and RBS, more than 180,000 businesses have asked for loans under the Bounce Back scheme from just those four banks.

Stephen Jones, the head of lenders’ trade body UK Finance, said: “While businesses only need to fill in a simple form online to apply, it’s important to remember that this type of finance is debt, not a government or bank grant, and will need to be repaid by the borrower over the six-year term of the loan.

“All businesses should consider carefully their repayment obligations before completing a Bounce Back Loan application. Under the terms of the scheme, lenders are required to seek to recover any unpaid interest and principal on bounce-back loans from borrowers.”