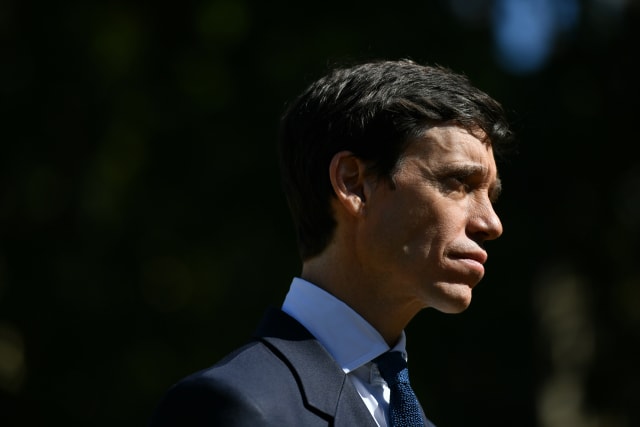 Former Conservative leadership contender Rory Stewart has quit the race to become London mayor after the election was delayed for a year because of the coronavirus pandemic.

Mr Stewart, who was running as an independent candidate in the contest, tweeted: “I have decided that I will not be standing again for Mayor in the now delayed 2021 election.”

Local and mayoral elections in England had been due to take place on May 7 but it was decided in March to postpone them for 12 months due to the coronavirus pandemic.

The former Cabinet minister made the “agonising decision” to quit the mayoral race, saying he could not ask his unpaid campaign volunteers to continue for another year.

A recent opinion poll from Queen Mary University of London put him in third place on 13%, behind current mayor Sadiq Khan and Conservative candidate Shaun Bailey.

Mr Stewart, who was international development secretary briefly last year, quit as an MP in October.

He said in a statement:”It is with sadness that I have decided not to run in the postponed London mayoral election next year.

“I firmly believe London is the greatest city on earth – and its courageous response to Covid-19 proves that more than ever. It would have been the honour of my life to serve the city as mayor, but while the considerable challenges of running as an independent were manageable for a normal race, they are forbidding for an extended and delayed election.

“I want to thank my incredible team for all their efforts over the last year – I am so proud of you, of what we built from scratch, and of the values we championed.

“But even more than that I want to thank the tens of thousands of Londoners who engaged with my campaign, all the people I met on my walks – especially those who went on to invite me to stay – and everyone who shared my positive vision of all that  London can achieve in the coming years.”

Reacting to the news that Mr Stewart had dropped out of the contest, Mr Bailey said: “Rory made a valuable and refreshing contribution to the race for City Hall.

“Like me, he believes London needs new leadership. Rory brought some interesting ideas to the table and his unique campaigning style was a real breath of fresh air.

“I wish him all the best for the next chapter.”