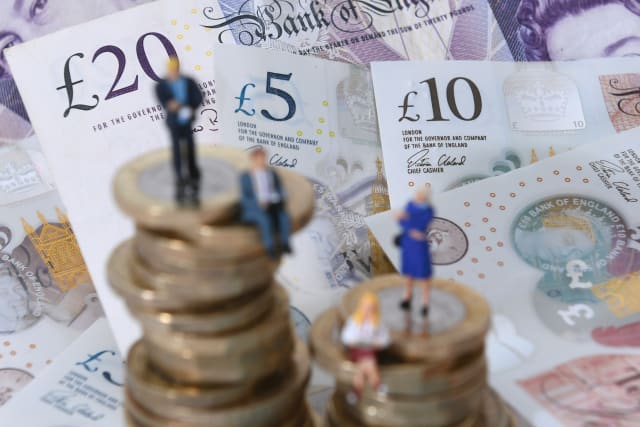 A quarter of adults consider themselves to be vulnerable customers when dealing with financial firms such as banks and insurers, a survey has found.

Some 26% of people said they were in the category which is more at risk of consumer harm due to personal circumstances, perhaps due to worries about mental or physical health or money.

People in their mid-40s to mid-50s were particularly likely to see themselves as vulnerable, as were over-65s, according to the findings from analytics company Consumer Intelligence.

Those living in Wales, Scotland and Northern Ireland were also more likely than average to see themselves as vulnerable.

People could be vulnerable for various reasons, including short-term or longer-term emotional, mental, physical, financial or social circumstances. These customers may be at particular risk of consumer harm if a firm is not behaving with an appropriate level of care.

More than a third (36%) of people who identified as vulnerable were very worried about their family’s physical health and 26% were concerned about their own mental health.

When similar research was conducted in March 2019, 13% identified themselves as vulnerable.

Financial firms including banks and insurers have offered customers wide-ranging help to support them through the coronavirus pandemic.

The findings are contained in a vulnerable customer report from Consumer Intelligence, which focuses on the home and motor insurance markets, launched in collaboration with consultancy firm Sicsic Advisory.

The research suggests that vulnerable customers are more likely to automatically believe what a company tells them.

He added that vulnerable people “need the protection of banks and insurers more than ever, and to know that they are getting the right information at the right time, the right products and the right price”.

Michael Sicsic, managing director of Sicsic Advisory, said now is a “crucial moment” for banks and insurers, adding: “Those doing the right thing now will reap the rewards in customer loyalty and brand equity further down the line.”

More than 3,200 online interviews were conducted for the latest research.

Here are the percentages of people by age group who identified as vulnerable customers, according to Consumer Intelligence:

Here are the percentages by region: