Prime Minister’s Questions – what we learned 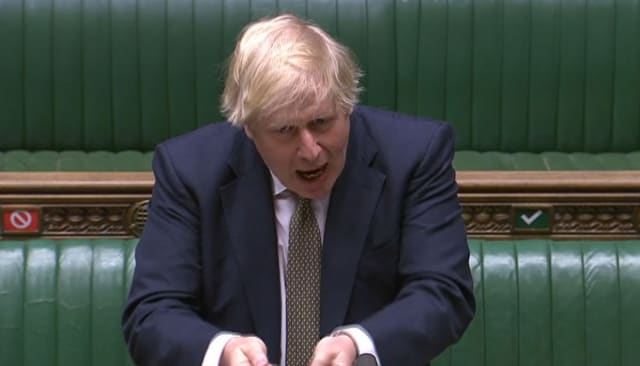 Boris Johnson has returned to the House of Commons after recovering from coronavirus to face Labour leader Sir Keir Starmer for the first time across the despatch box.

Here are five things we learned from Prime Minister’s Questions:

After briefly congratulating Mr Johnson on the birth of his son, Wilfred, the Labour leader immediately turned for his first question to official figures showing the number of Covid-19 deaths in the UK is now the highest in Europe.

“That’s not success or apparent success. So can the Prime Minister tell us how on earth did it come to this?” he demanded.

Sir Keir was also quick to point out that, while the Government has just met its target to get to 100,000 coronavirus tests a day by the end of April, numbers have since fallen back.

Undeterred, Mr Johnson came back with a new “ambition” for the Government’s “fantastic testing regime” – to crank it up to 200,000 by the end of May.

– Austerity is a banned word.

Pressed by Labour’s Mike Amesbury for an assurance that there will be no return to the “dark days of austerity” once the crisis is over, the Prime Minister was keen to distance himself from the legacy of his Tory predecessors.

“I can certainly tell him that the Government has absolutely no intention of returning to the A-word, which I won’t quote,” he said.

– Mr Speaker is not happy.

Mr Johnson confirmed he would be setting out his “road map” for lifting the lockdown at a press conference on Sunday – when the Commons is not sitting – although he did promise a full statement to MPs the following day.

Speaker Sir Lindsay Hoyle, who jealously guards the Commons’ privileges, retorted: “Hopefully, in the future, it will be to the House first.”

– Every cloud has a golden lining.

The Prime Minister admitted that getting commuters who rely on public transport safely back to work as the lockdown is eased will require “a huge amount of work”.

There is, however, an upside.

“This should be a new golden age for cycling,” said Mr Johnson, a renowned enthusiast for pedal-power when he was London mayor.