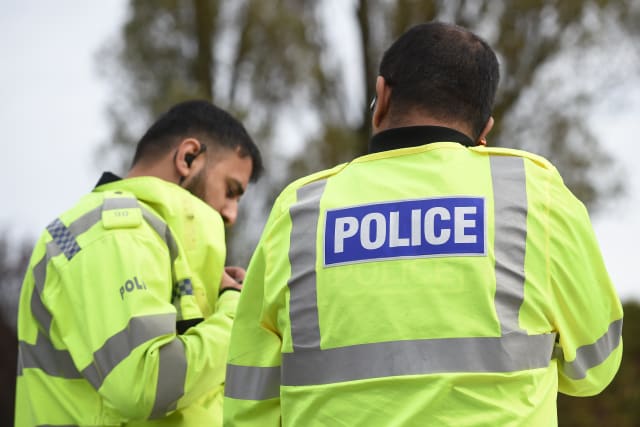 Police have released bodycam footage showing a man lunging at officers with a kitchen knife.

Pc Hannah Jones and Pc Justin Harrold had been called to a routine noise complaint in Graig Avenue, Llanelli, when they were confronted by Jan Olav Kvaerneng-Stolp, who stormed out of his house wielding a kitchen knife with an 8in blade, Dyfed-Powys Police said.

Pc Jones raised her baton and Pc Harrold fired his incapacitant spray, causing Kvaerneng-Stolp to drop to the floor.

He was convicted of affray and sentenced to an 18-month community order and 200 hours of unpaid work at Swansea Crown Court on Tuesday, police said.

The force released footage of the incident from March 15 to highlight the dangers posed to officers.

Chief Inspector Jolene Mann praised Pc Jones and Pc Harrold for their actions and described them as the “perfect team”.

“I watched the body-worn footage and it is chilling,” Ms Mann said.

“They had to act and think quickly, and swiftly brought the matter to a safe conclusion.

“I spoke to both officers after the incident, and they explained that at the time they just went into autopilot, however they were understandably frightened.

“Daily, officers across the country lace up their boots, put on their uniforms and respond to incidents. They do it in the knowledge that they could be confronted with an unexpected threat or risk at any passing second, but they do it to protect our communities from harm.”

She said attacks on police officers were attacks on the whole community, adding: “It will not be tolerated.”