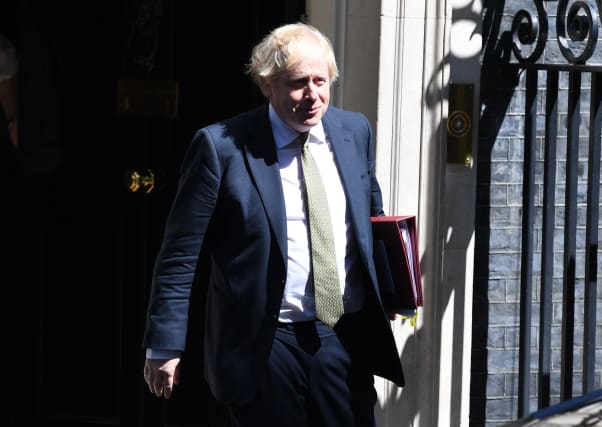 Boris Johnson will review coronavirus lockdown measures with ministers on Thursday ahead of an expected easing of restrictions next week.

The Prime Minister will chair a Cabinet meeting which is likely to focus on what freedoms can be restored weeks after after the “draconian” measures were put in place on society to halt the spread of the virus.

Mr Johnson hinted he will announce a limited return to pre-pandemic life in an address to the nation on Sunday, with new measures set to come in as early as Monday.

Reports suggest changes could include unlimited exercise, the return of some sports, park picnics, and the opening of pub and cafe gardens – but people would still be required to remain two metres apart.

The move could also see the Government scrap its “stay home” slogan, and encourage people to wear face coverings on public transport and in crowded places as some return to work, according to the Daily Telegraph.

In an indication of the changed approach, Public Health England said it was “reviewing all communications materials in anticipation of moving to the next phase of the Government campaign”.

Meanwhile, opposition leaders have demanded an explanation for the decline in coronavirus testing, after the Government missed its 100,000-a-day target for the fourth day in a row.

Labour said that the news “does not inspire confidence” in the plans to ease lockdown measures.

It came after the PM set a target for creating the capacity for 200,000 coronavirus tests a day by the end of the month.

Downing Street made clear the new target, unlike the previous goal, was related only to capacity rather than the number performed every day.

The Government signalled it believed the route out of lockdown would rely on increased capacity as part of a test, track and trace programme, to quickly identify new cases of coronavirus and prevent the further spread of the infection.

But Labour former prime minister Gordon Brown said that the Government’s target for tests needed to be increased.

He added: “You have got to say to them we can reassure you that you go back to work because we are going to offer you the testing that will find out whether you’ve got it, or whether other people that you are working with have got it, so that we can actually isolate those people if they had it.”

Mr Brown also warned about the economic impact of the situation.

He said: “In the next few months the banks will bring down large numbers of companies because they will not be able to keep them in finance.

“The Inland Revenue may do it, but the banks will probably do it.

“Unless we have some other group of people advising on how, sector by sector, we can keep viable businesses… then I’m afraid that the Treasury will enforce upon the banks rules that say you have got to recover all the money that’s been loaned.”

Latest figures from the Department of Health showed 30,076 people had died in hospitals, care homes and the wider community after testing positive for coronavirus in the UK, as of 5pm on Tuesday, up 649 from the day before.

But the total number of deaths involving Covid-19 that have been registered across the UK currently stands at 32,898.

New analysis from the Office for National Statistics is due to be published on Thursday, examining coronavirus-related deaths in England and Wales by occupation and ethnicity.

Meanwhile, the UK’s youngest MP claimed she had been sacked from her temporary role as a carer during the Covid-19 pandemic after speaking out about personal protective equipment (PPE) shortages.

Labour’s Nadia Whittome, 24, MP for Nottingham East, returned to her former role at Lark Hill retirement village, which is run by ExtraCare, to help relieve the strain on the care service.

On Wednesday evening, Ms Whittome claimed she has been “asked not to return” by ExtraCare and said she had been accused of “spreading misinformation” about the lack of PPE in the media.

ExtraCare, which is a charitable trust, denied it had a PPE shortage and said Ms Whittome returned to work on a casual basis and had worked eight shifts between March and April.

“Our in-house care team are now fulfilling our needs at this time and Nadia’s help is no longer needed,” it said in a statement.

In other developments, the first patients have been given plasma donated by people who have recovered from coronavirus in a trial for a possible treatment, with 14 units supplied to hospitals in London and Birmingham.