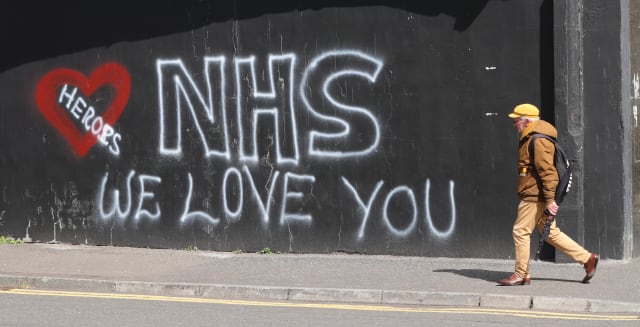 Ministers in Northern Ireland are pondering the most “crucial” decision they will ever make, as they consider how to end coronavirus lockdown.

Getting it wrong could have severe implications for people’s lives, the finance minister in charge of Stormont’s purse strings warned.

Conor Murphy said ensuring the process was correct was more important than setting dates as decision makers in Belfast and London prepare their exit strategy.

Education minister Peter Weir said: “This is probably the most crucial decision that this Executive will ever make so it is critical that all the details are got right.”

He added: “We will work together collectively and intensively to reach a successful conclusion on this.”

This brings total fatalities to 418, the Department of Health said, with three deaths occurring in the last 24 hours.

A total of 3,934 cases of the virus have been confirmed.

Mr Weir said: “It is important that we give certainty to people as soon as we can.

“It is also important in these difficult circumstances that we give hope to people as soon as we can.”

The Irish Government has published details of its phased recovery plan.

Deputy First Minister Michelle O’Neill described Dublin’s decision not to share the plan with Northern Ireland counterparts as “unfortunate” and “unhelpful” and again said there was a need to tackle the virus on an “all-island basis”.

Stormont’s ministerial Executive is due to meet on Thursday to discuss Northern Ireland’s plan for exiting the lockdown.

Mr Murphy said the decision on lifting restrictions would not be governed by meeting a certain date, although the three weekly review of the regulations needs to be completed by May 9.

“The consequences of doing this wrongly could have severe implications for people’s lives,” he said.

He added: “I would be more concerned about getting it done correctly rather than rushing to an early decision to meet a deadline.”

The education minister did not set a firm date for reopening schools but raised the prospect that could happen outside traditional term time.

“It is important to give at the earliest possible time a signal to people that there is light at the end of this tunnel and we will begin to move towards a slightly more normal society again,” he said.

“But there are huge issues, these simply aren’t just a matter of lifting restrictions, the consequences of doing this will have severe implications for our health system.”

He also announced an additional £6.75 million for local hospices to support them with financial challenges.

Donations have fallen and charity shops are closed.

The minister added: “This funding will make a real difference to these organisations and the families they support.”