No evidence that coronavirus was man-made in China – Health Secretary 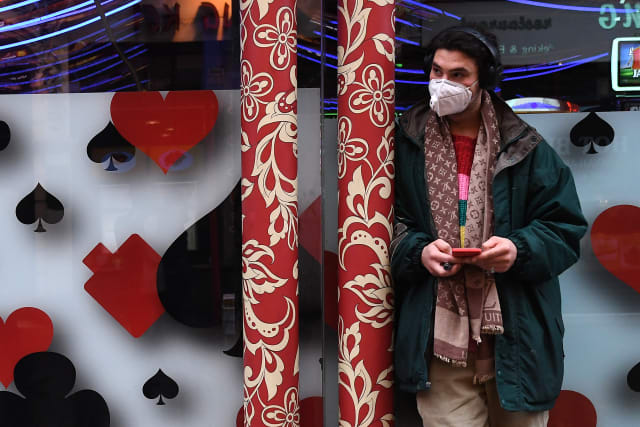 The UK Government has not seen any evidence to suggest that Covid-19 is a man-made strain of coronavirus, the Health Secretary has confirmed.

Matt Hancock made the assertion after being asked whether it had been more than a “coincidence” that there were two laboratories researching coronavirus in the Chinese city of Wuhan, the epicentre of the outbreak, before the pandemic started.

The theory was given added traction last week when US President Donald Trump suggested he was confident that the Wuhan Institute of Virology was the origin of the deadly outbreak.

In a briefing at the White House on Thursday, Mr Trump described it as a “terrible thing that happened” and questioned whether it was a “mistake” or “did somebody do something on purpose”.

Mr Hancock, asked about the rumour by a Sky News viewer during a question-and-answer programme on Wednesday, said the Government had investigated the accusation but was yet to find any evidence.

“Well, we have looked into this but we don’t have any evidence,” he said.

“There isn’t evidence that this is a man-made coronavirus.

“I understand what John (the viewer) is getting at but we haven’t seen any evidence of that link.”

Asked what he thought had caused the Trump administration to push the theory, the Cabinet minister said: “The president phrased his comments very carefully.

“We haven’t seen any evidence of a link and so there is nothing I have seen that confirms the discussion, the allegation that John is referring to that I know some people are talking about.”

Senior World Health Organisation officials, in response to Mr Trump’s comments, have said they were “assured that this virus is natural in origin”.

The Chinese government has also said that any claims that the coronavirus was released from a laboratory are “unfounded and purely fabricated out of nothing”.

Mr Hancock said there would have to be mitigation put in place in the future to prevent another disease like Covid-19 from making its way to humans.

“There are so many what-ifs with this disease and so much to learn afterwards when we look at how it was handled to make sure we are more prepared in future,” he added.

“One of the things is, at some point, the evidence appears to be that the disease jumped from animals to a human, and we need to stop that from happening again.

“That is in the global interest, it is not just a matter for one country.”