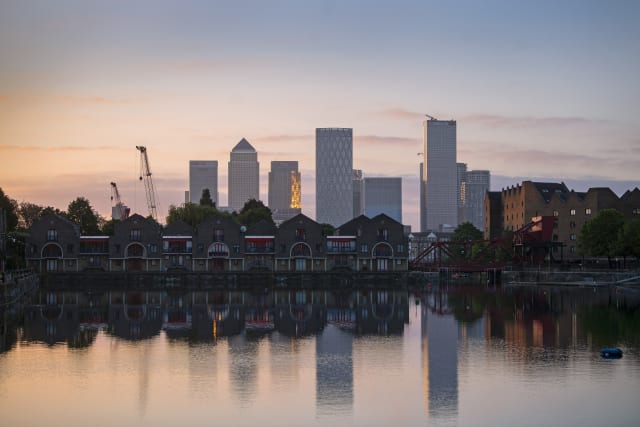 London has seen levels of key pollutant nitrogen dioxide fall by more than half in some places due to less road traffic in the lockdown, research shows.

But levels of tiny polluting particles known as PM10 and PM2.5 were higher after the lockdown was brought in than at any other time so far this year, as easterly winds carried pollutants from northern Europe.

Research from King’s College London found concentrations of nitrogen dioxide, which largely comes from burning diesel and petrol in vehicle engines, have come down by as much as 55% due to a fall in traffic on the road.

The normally busy Marylebone Road saw levels of nitrogen dioxide fall 55% and concentrations of the pollutant was down more than a third (36%) on the Euston Road.

The average hourly concentrations of the pollutant have fallen more than a fifth (21.5%) across the capital.

Professor Martin Williams, head of science policy and epidemiology team at King’s College London, said: “Our early analysis of the lockdown showed significant reductions in nitrogen dioxide (NO2), particularly near busy roads in London where in some central areas concentrations were halved.

“However, the lockdown period coincided with easterly winds and higher temperatures, so we saw increased particle concentrations (PM2.5) as pollutants from northern Europe added to UK emissions to give higher than usual PM2.5 levels.

The researchers also warned that some people will have been exposed to higher levels of PM2.5 pollution indoors because of more time spent cooking at home.

Wood burning also contributed to levels of particulate pollution before and during the lockdown, the KCL researchers said.

Prof Williams said that, in normal circumstances, the fall in nitrogen dioxide would be beneficial, but that has been masked by increased PM2.5 and ozone levels.

“It also remains to be seen how air pollution affects those with Covid-19.

“More research is needed to assess how air pollution affects health during lockdown and the role of air pollutants in the spread of the virus,” he said.

But the high levels of PMs during lockdown was a “clear warning” that for the UK to meet health guidelines to reduce the pollutant, it would take other European countries reducing pollution as well as action in the UK, he said.

Air pollution leads to an estimated 40,000 early deaths in the UK each year, contributing to heart disease, strokes, lung diseases and cancer,  and can harm children’s development and may even increase the risk of dementia.