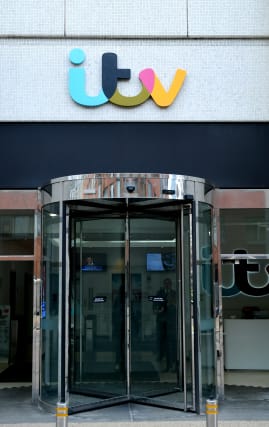 ITV has said demand for advertising plunged 42% in April as marketing spend ground to a halt amid the coronavirus crisis.

The broadcasting giant said it saw a “significant” hit to ad spend across most categories last month, with the slide in revenues far worse than the 10% tumble it had initially expected.

It also confirmed ITV Studios has had to pause most of its productions due to lockdowns worldwide and the group has furloughed around 800 staff – 15% of its UK workforce – mostly within its production arm.

But the group is resuming production on some programmes, with Loose Women starting filming this week and the first of the new Isolation Stories dramas aired on ITV since Monday.

It has also resumed production in some international markets, announcing that filming will begin again on The Chase and The Voice in Australia and The Chase in Germany.

ITV said it was finalising details with others in the industry on how to return to production and is in talks with the Government on the plans.

It is also planning a phased approach to office re-entry in consultation with external medical advisers for when the lockdown is eased.

The group laid bare the scale of the sudden drop-off in ad spend, with April’s plunge in total ad revenues coming after they rose 8% in February and remained flat in March.

ITV said it cannot give any guidance for May or June, given the uncertainty of the coronavirus situation.

The group has launched plans to save around £60 million this year to help offset the impact, with a further £30 million announced in its latest trading update.

Carolyn McCall, ITV chief executive, said: “ITV has taken swift and decisive action to manage and mitigate the impact of Covid-19 by focusing on our people and their safety, and by continuing to reduce costs.

“We are now very focused on emerging from this crisis in a strong position, continuing to offer advertisers effective marketing opportunities and making preparations to restart productions safely.”

Results for the first quarter to the end of March showed total external revenues fell 7% to £694 million, while turnover in its production arm ITV Studios was down 11% at £342 million as social distancing restrictions came into force.

Total advertising for the four months to the end of April was down 9%.

But it said there have been some positives from the crisis as Britons have been forced to stay home amid the lockdown, with good growth in take-up of free trial starts and subscriptions for its BritBox streaming service tie-up with the BBC.