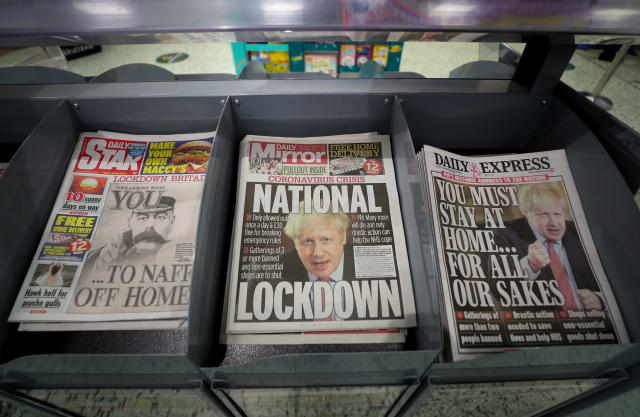 Housing Secretary Robert Jenrick has called on Britons to buy a newspaper in a bid to help local, regional and national newspapers make it through the Covid-19 shutdown.

Speaking at the Downing Street briefing, Mr Jenrick said much of the frontline effort in the fight against coronavirus “is being co-ordinated in our own communities”.

“A free country needs a free press and the national, the regional and the local newspapers of our country are under significant financial pressure,” he said.

Mr Jenrick added: “I would like to echo the words of the Culture Secretary (Oliver Dowden) recently in encouraging everyone who can to buy a newspaper.”

Many titles have been forced to furlough staff and reduce pay due to advertising cuts as many businesses retrench in a bid to survive the lockdown.

In London, the Evening Standard – which is distributed for free across the transport network – was forced to make significant efforts to cut staff costs.

Its sister websites the Independent and Indy100 were also affected.

Elsewhere in the capital, daily financial paper City AM has suspended its print operation.

Last month, the Government revealed it had set up a three-month advertising partnership across the newspaper industry to push its “stay at home” message to the public.

The deal was set up in partnership with Newsworks, a marketing body for national newspapers, and was intended to provide a lifeline to struggling outlets.

It is understood the newspaper industry was originally asking for £45 million for the campaign, however it is unclear how close the final total came.