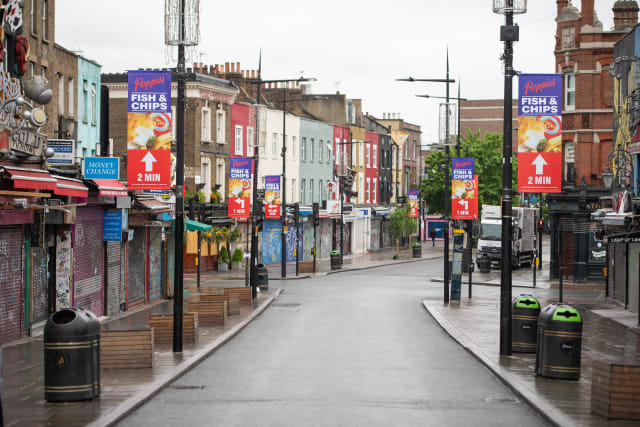 The Government has agreed to scrap a planned revaluation of business rates after retailers warned the current rules risk piling more pressure on to high streets next year.

Ministers said they would postpone the tri-annual revaluation, which determines how much each business pays, because of the coronavirus lockdown shutting businesses.

With high streets closed across the country, retailers were concerned that the revaluation by HM Revenue and Customs officials from April 2019 is now wildly out of date.

Communities Secretary Robert Jenrick MP said: “We have listened to businesses and their concerns about the timing of the 2021 business rates revaluation and have acted to end that uncertainty by postponing the change.

“Now is the time for us to continue to focus on supporting businesses affected by the pandemic, including through our unprecedented package of almost £10 billion in business rates relief.”

Chancellor Rishi Sunak won praise for his budget in which he announced a £22 billion support package through grants and a business rates holiday.

He also committed to a review of the system, following pressure for several years from retailers, restaurants and pubs to overhaul the commercial property tax.

The tax is calculated based partly on the rental values on each property, but with a predicted 20,000 sites expected to close for good after the lockdown, retailers worry the new rates bills for those left will be artificially high.

Alex Probyn, UK president of expert services at rates specialists Altus Group, said: “This is great news. A revaluation next year, based upon open market rents in April 2019, a year before the pandemic, would have been so painful for UK businesses in the wake of such hardship if the new tax demands were assessed from pre-Covid levels.

“It is far more beneficial economically to tie new rateable values under the next revaluation cycle to post Covid-19 levels, where the impact of the economic circumstances are more clear, and when businesses will have had longer to recover.”

Andrew Goodacre, chief executive of the British Independent Retailers Association (Bira), said: “If it had gone ahead as initially planned, it could have been disastrous for the independent retailer at this point.”

The change comes as Altus Group found 354,670 premises have benefited from the tax break worth an average of £28,367 per property this financial year.

Nearly a third of the overall cost of the tax measure, a total of £3.03 billion, will cover the cost of the rates holiday for 73,140 firms in London, with 7,407 premises in Westminster saving £944 million alone.

On March 17 Mr Sunak announced he was giving all retail, hospitality and leisure businesses in 314 council areas across England a 100% business rates holiday during 2020/21 which started on April 1.

There was criticism of supermarkets which had benefited from the tax holiday at the same time as handing out multimillion-pound dividend payments to investors.