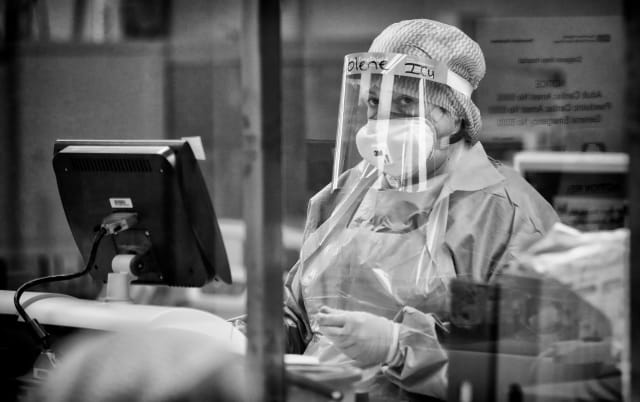 A further 14 coronavirus deaths have been reported in Northern Ireland.

This brings total fatalities to 418, the Department of Health said, with three deaths occurring in the last 24 hours.

A total of 3,934 cases of the virus have been confirmed.

The number of people claiming Universal Credit after being left jobless by the shutdown forced by the pandemic has almost doubled.

Many businesses closed then as the pandemic spread.

Communities minister Deirdre Hargey said: “The number of claims to Universal Credit during this crisis has been unprecedented and demonstrate the scale of the issues people are facing surrounding work.”

A third of Belfast businesses are eligible for Stormont’s coronavirus support, traders have said.

He told Stormont’s Economy Committee that the higher rateable value of many firms in the city centre ruled them out of a scheme run by the Economy Department.

Mr Hamilton said: “It isn’t expected that footfall will pick up to anywhere near pre-coronavirus levels for some time to come, so those businesses will need ongoing support to help them through these tough times which will be with us for quite a while.”

Only 6% of businesses in the city remain physically open.

He said only a third of the city’s firms were eligible for either the Executive’s £10,000 or £25,000 grant schemes and 83% were furloughing workers.

The Economy Department said: “The department operates the grant schemes on the same basis throughout Northern Ireland and the approach to using rateable values is consistent with the rest of the UK.”

Man paralysed at 19 finds vocation as a mouth painter