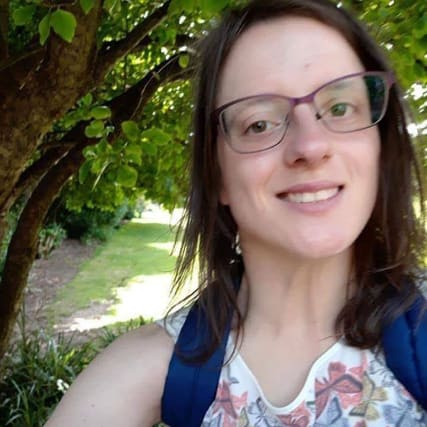 The experiences of an eating disorder sufferer who has not had face-to-face therapy for nearly two months shine a light on the difficulties some people are facing accessing mental health services during lockdown.

The mental health charity Mind surveyed more than 8,200 people about the impact coronavirus was having on their mental health.

It found that almost a quarter of people who tried to access mental health support in the past two weeks were unable to get any help.

Some of the problems they faced included cancelled appointments, difficulty getting through to their GP or community mental health team, being turned away by crisis services and issues accessing digital alternatives.

One of those sufferers is Emily Nuttall, 26, a student and volunteer from St Peter Port in Guernsey, who has not had face-to-face therapy for nearly two months, after the sessions were suspended.

She has been seeking help for her mental health since 2017, after suffering from anorexia as well as anxiety, depression and self-harm.

Miss Nuttall had been attending three therapy sessions a week since July last year, and fears she will relapse and end up in hospital without them.

“It takes me a long time to trust people and be open and honest,” she said.

“It’s like taking a plaster off the wound and leaving it open and having nothing to close it.

“It’s frightening for me because there have been periods in the past few weeks that have been very difficult to deal with alone.”

Miss Nuttall last attended a face-to-face appointment at the beginning of March, but had to self-isolate shortly before the UK went into lockdown on March 24.

She has had to rely on other people to pick up prescriptions and has arranged phone consultations with her psychologist once a week.

Miss Nuttall has sought help from charities such as Mind and Beat, which have helped her cope with mental health problems during the crisis.

“I have to commend charities that are working so hard to make sure someone is always at the end of the phone,” she added.

“They continue to be a lifeline.”

Of those surveyed who did not seek help for their mental health, Mind found 41% were worried their problems were not important enough given the wider crisis, while 12% said it was unclear whether it was safe or responsible to attend a face-to-face appointment.

The figures come after more than 40 experts from across the world called on governments to take immediate action to increase mental health support if they were to prevent a surge in the number of suicides.

Mind said it had seen an “unprecedented demand” for its services, with more than one million people accessing its online information on coronavirus and mental health.

Paul Farmer, chief executive of Mind, said: “As a nation, a vast number of us have seen our mental health deteriorate during the coronavirus crisis.

“It is therefore deeply concerning that people are struggling to get the help that they urgently need.

“Evidence shows that when people do not get support early enough, they end up in crisis.”

He added: “We are particularly worried that some people are being discharged too early from hospital, while others have been left languishing on mental health wards, because of the current limited availability of community support.

“Being sent home at the wrong time can delay recovery and, at worst, puts people at high risk of suicide.”