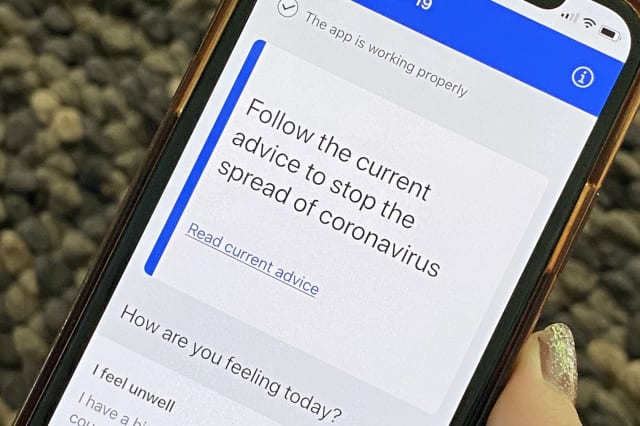 The different countries of the UK have each begun their own contact tracing plans to prevent the spread of Covid-19.

Contact tracing aims to reduce transmission by identifying and alerting people who may have been exposed to the virus, so that they can protect themselves and others around them.

The UK Government is advocating a policy of "test, track and trace".

Their two-pronged approach involves 18,000 contact tracers as well as an automatic app which notifies users if they come into contact with other users with the virus.

On Monday Health Secretary Matt Hancock announced a pilot scheme of the software on the Isle of Wight this week.

Leaders in Scotland, Wales and Northern Ireland have also announced their own plans for contact tracing.

Scotland is advocating a policy of "test, trace, isolate and support" to stop the spread of Covid-19, with enhanced contact tracing expected to be in place by the end of the month.

A website is being developed for the NHS in Scotland to input details of close contacts to share with tracing teams, which will be accompanied by a telephone service.

Contact tracing may take place before a person has received the results of their test, the guidance added.

First Minister Nicola Sturgeon wrote: "This will not be easy. In this next phase, we will be asking people to self-isolate, not for their own benefit, and not because we know for certain that they have contracted the disease, but in order to protect others in case they have."

Use of the UK Government's app will only be recommended if the First Minister is confident it works and is secure, Scotland's national clinical director Professor Jason Leitch said.

In Wales, authorities are also advocating a "test, track and trace" strategy.

On Tuesday the Welsh Government said that the contact tracing it undertook earlier in the outbreak will now be conducted on a "vastly increased" scale with a large workforce of tracers.

Access to testing will also expand over the coming weeks with drive-through centres and mobile vans as well as home-based testing.

Health Minister Vaughan Gething said: "Implementation of our response plan will be one of the biggest public health challenges Wales will ever face.

"There are no quick fixes here. We know that Covid-19 will continue to be transmitted until we have a vaccine, or there is enough acquired immunity within the population."

The Welsh Government has encouraged residents to download a Covid-19 symptom tracker app.

The software, created by King's College London and nutritional science company Zoe, is still recommended by the Welsh authorities and will share data daily with NHS Wales.

When asked about the UK Government app, a Welsh Government spokesman told the PA news agency: "We are closely watching the pilot of the NHSX app and, if successful, we will carefully consider its use in Wales."

Northern Ireland began a contact tracing pilot at the end of April in a number of care homes.

A wide range of groups are involved in the pilot scheme, including members from the university sector, health and social care trusts and environmental health.

These may include environmental health officers plus nursing and medical students who could be retrained.