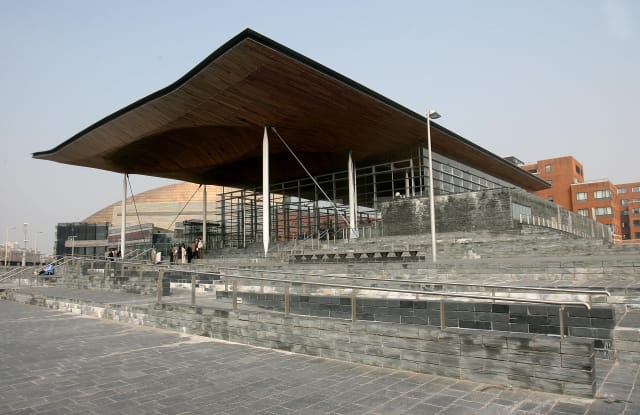 The devolved parliament of Wales has officially changed its name to Senedd Cymru – the Welsh Parliament.

The names in Welsh and English refer to the the legislative body formally known as the National Assembly of Wales, 21 years after devolution began to see law-making and taxation powers moved from London to Cardiff.

First Minister Mark Drakeford said the new name – which is expected to be commonly shortened to “the Senedd” – would send out a message that it was a “full blown primary law-making institution”.

The changes are part of a bill which also sees the Senedd’s 60 members renamed Members of the Senedd (MSs) as opposed to Assembly Members (AMs).

The bill also lowers the voting age to 16 for Senedd elections, extends the right to vote to eligible foreign nationals, and changes the law so that most disqualifications prohibit a person from taking up a seat in the Senedd though they can still stand for election.

Mr Drakeford told the PA news agency: “The name is catching up with the reality of the institution, because the assembly has been a parliament – it has been a Senedd – in my view for the last decade since it acquired primary law making powers.

“I think it’s important to send a message out to people in Wales that an institution which began with very modest powers has over 20 years developed into a full blown primary lawmaking institution with far deeper powers and wider powers as well.”

The first minister said the immediate priorities for the Senedd would be continuing to shape the laws governing the coronavirus lockdown and overseeing the work of the Welsh Government, while soon it will scrutinise the Autumn budget.

The Covid-19 outbreak means work to replace signage has had to be suspended, while an event to mark the change will not be held until the lockdown has eased and it is safe for politicians to return.

But the Senedd’s presiding officer Elin Jones will acknowledge the new name with a short statement during the first Plenary meeting as Senedd Cymru on Wednesday afternoon.

Secretary of State for Wales Simon Hart said the name change for the institution came at a time “when its role and close working relationship with the UK Government are more important than ever”.

He said: “The coronavirus pandemic is the greatest challenge that politicians in Westminster and Cardiff Bay have faced together.

“When the emergency is over, we will continue to work constructively with colleagues in the new Senedd Cymru-Welsh Parliament on our shared aims of boosting economic growth, driving inward investment and promoting Wales globally.”

Group leader of the Welsh Conservatives Paul Davies said he hoped the name change would “make its responsibilities much clearer, emphasising the separate duties between the legislative body and the Welsh Government.”

Plaid Cymru leader Adam Price hailed the “important milestone in our democracy”, and called for the Senedd to have even stronger powers over energy, justice, broadcasting and the economy “so that people in Wales have a full and final say on all the big decisions which impact their lives”.

The National Assembly for Wales was opened in 1999 following the result of a referendum in 1997 which won by just 50.3% of the vote, but it was only given limited law-making powers through the Government of Wales Act 2006.

'Get off the grass!' Australian PM and reporters told to move on by angry homeowner