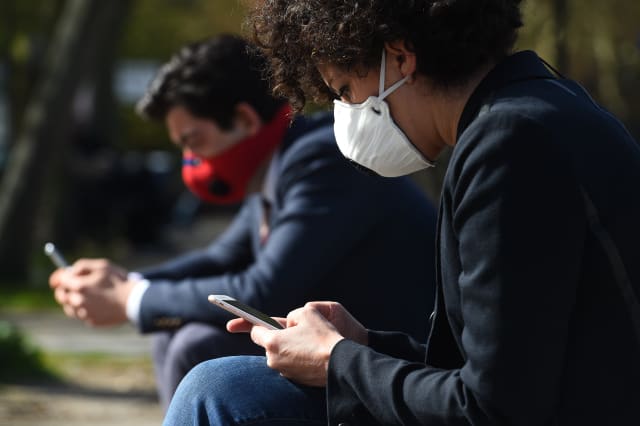 It is “inevitable” that face masks will be needed as the country comes out of lockdown, Labour leader Sir Keir Starmer said.

His comments come as Prime Minister Boris Johnson is expected to deliver a “roadmap” to easing lockdown restrictions on Sunday.

The announcement will follow the Government’s compulsory three-week review of social distancing measures on Thursday.

Sir Keir said he believed that, as lockdown is eased, it is “inevitable” masks will be needed where people cannot socially distance, such as on public transport.

He told BBC Breakfast he will be raising the issue with the Prime Minister on Wednesday.

He said: “Where does he see this? I think it’s inevitable.

“What’s his view on it? And then crucially the planning around it, because what I don’t want is a position where protective equipment, face masks that are needed on the front line aren’t on the front line because there’s supply problems.”

Sir Keir said he has been calling on the Government for an exit strategy and called for a “national consensus” on coming out of lockdown to give the public “a degree of confidence”.

He told ITV’s Good Morning Britain: “I’ve been calling for an exit strategy discussion for some considerable period because these are the things we need to discuss, and if it is to be face masks, then we need a plan in place to get them up to the right people.”

He said a “rush on face masks” needs to be avoided.

But Health Secretary Matt Hancock said the advice on face masks has not changed.

He told BBC Breakfast: “The evidence around the use of face coverings amongst the general population is weak, one way or the other.

“We constantly keep that under review and if there’s changes that we need to make to the guidance, then we’ll make those changes.”

Defence Secretary Ben Wallace said the Government has been “trying to source as many masks as possible” in case guidance for their use by the public changes.