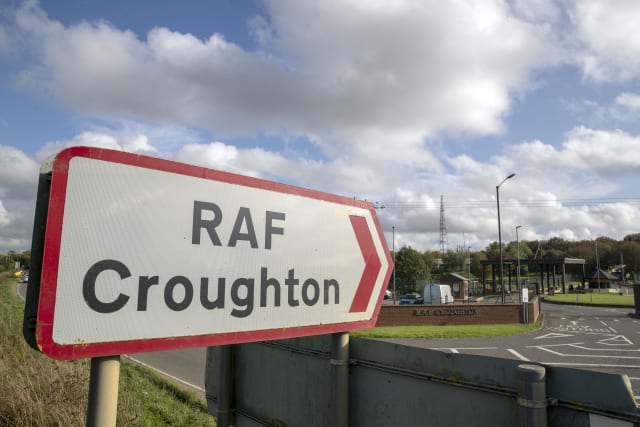 Senior US officials have refused to meet with the family of Harry Dunn due to their “intention” to sue the American Government.

Deputy chief of mission at the US Embassy in London, Yael Lempert, wrote to the family’s MP Andrea Leadsom on April 30 after a request for a meeting about road safety surrounding RAF Croughton.

In the letter, seen by the PA news agency, Ms Lempert said officials had been advised that it would “not be appropriate” to meet with the family “given the strong interest of both countries to ensure proper judicial review”.

She said she would however welcome the chance to meet the former business secretary with RAF Croughton’s base commander, Colonel Bridget McNamara, to “discuss the steps that have already been taken” to improve driver safety.

The Dunn family and Ms Leadsom attempted to arrange a meeting after three road incidents allegedly involving US staff from the base following 19-year-old Mr Dunn’s death.

In the letter, addressed to Ms Leadsom, Ms Lempert said: “Regrettably, at this time we are unable to meet with the Dunn family directly or discuss specifics of the case surrounding their son’s tragic death.

“The family’s spokesperson has publicly announced the family’s intention to make an imminent filing of a lawsuit against the United States Government.

“As such, and given the strong interest of both countries to ensure proper judicial review, we have been advised that it would not be appropriate to engage in a discussion which might touch on that matter.

“I reiterate the US Government’s profound condolences to the Dunn family on the loss of their son, and our continuing commitment to making improvements for the benefit and well-being for all who live and work in the surrounding communities and beyond.”

Mr Dunn was killed when his motorbike crashed into a car outside the base on August 27 last year.

His alleged killer, 42-year-old Anne Sacoolas, the wife of a US intelligence official based at RAF Croughton, claimed diplomatic immunity following the crash and was able to return to her home country, sparking an international controversy.

She was charged with causing death by dangerous driving in December but an extradition request submitted by the Home Office was rejected by US secretary of state Mike Pompeo in January.

PA understands the latest road incident, involving a black BMW which had veered off the road and smashed into a fence in the nearby village of Aynho on April 22, is being investigated by base leadership at RAF Croughton and Northamptonshire Police.

It is also understood the base believes the staff member concerned was not driving on the wrong side of the road at the time of the incident.

In January, footage also emerged of a car with diplomatic plates driving on the wrong side of the road near the base.

Ms Lempert said she would welcome a meeting with Ms Leadsom and Col McNamara once social distancing restrictions had been lifted.