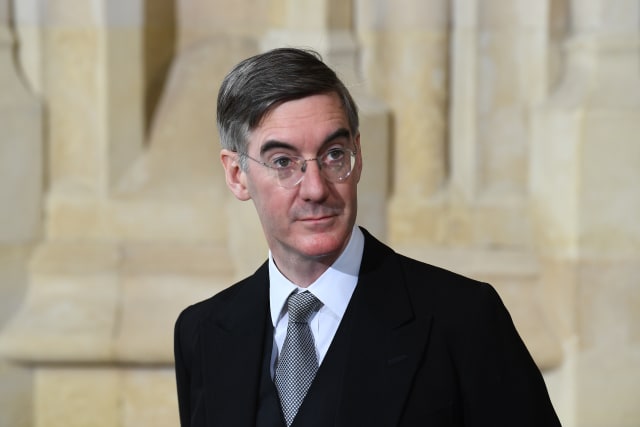 Jacob Rees-Mogg has warned that the lockdown will not be eased “overnight” as the UK prepares for changes to the current measures in place to control the coronavirus spread.

Senior Conservatives, including ex-leader Sir Iain Duncan Smith and Sir Graham Brady, who chairs the influential 1922 Committee of Tory backbenchers, have piled pressure on the Government in recent days to roll back the lockdown “as quickly as possible” in order to kick-start the UK economy.

But Commons Leader Mr Rees-Mogg has looked to calm public and Tory expectations, suggesting the country should not expect complete freedoms to be restored immediately.

In an interview with the Moggcast podcast released on Tuesday, he said compliance with the initial restrictions, imposed by the Prime Minister on March 23, had been better than the Government anticipated, labelling it a “lockdown by consent”.

But the Cabinet minister said releasing those restraints “ may take some time”, with the review of the lockdown due to take place on Thursday May 7.

He said: “I think that the success (of the lockdown) has been greater than the Government expected.

“But that, by working with the consent of the people, it means that the lockdown, when the consent is for it to end, will be something people are buying into and it is all about going with the grain of what people want to do.

“And when people are ready and the Government announces that the five tests have been met, I think things will ease back.

“But no one is saying we will go back to where we were at the beginning of the year overnight.

“It will be a process back to that, which may take some time.

“And so I think the success of the policy, (having) the consent of the British people, leaves us in a good position rather than a bad position.”

Mr Rees-Mogg also said the public had brought it upon themselves to impose a lockdown that was “slightly stricter than the Government was actually calling for”, although did not elaborate on what he meant.

He said, now that successful tests had been carried out on remote voting in the Commons, the next steps could see ministers pursuing the Government’s election pledges, with MPs starting to deal with more “controversial” legislation in the coming weeks.

“It is part of the process of restoring normality, that we will be having debates on some of the more controversial issues,” he added.