Schools to reopen in ‘phased approach’ when the time is right, says Williamson 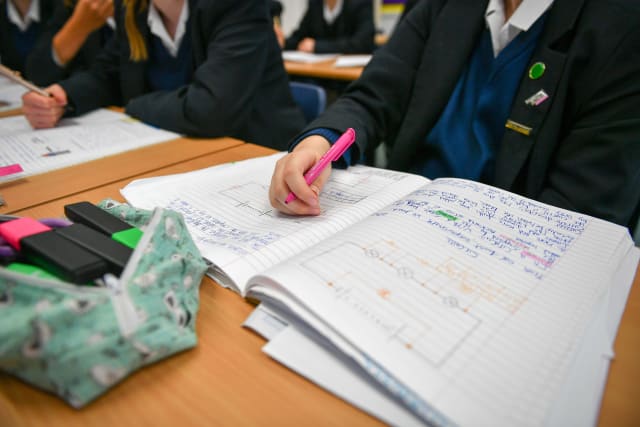 Education Secretary Gavin Williamson has said he wants to see children returning to school “when it’s the right time” based on the scientific and medical advice.

Mr Williamson added that there would be a “phased approach” to reopening schools.

However, newly appointed shadow education secretary Rebecca Long-Bailey warned that parents are “anxious” about sending their children back to school.

Ms Long-Bailey asked Mr Williamson during education questions on what basis the Government would take the decision to reopen schools.

Mr Williamson replied: “In terms of the return of schools, obviously she, I’m sure, shares with me a desire to see children being in the opportunity of returning to school when it is the right time to do so.

“This will be based on the scientific and medical advice that we receive.

“What I can assure her is that we will take a phased approach in terms of reopening schools and we will always aim to give schools, parents and, of course, critically importantly, children the maximum notice in terms of when this is going to happen.”

But in her first outing at the despatch box in her new role, Ms Long-Bailey said: “Constant speculation on when schools will reopen and whether it is safe to do so is leaving many parents, pupils and staff anxious.

“He must understand that faith that children and staff are safe will be necessary for parents to have the confidence to send their children back to school.”

Mr Williamson replied: “I take my responsibilities to the safety and the health of children who attend school as the absolute principal motivation for everything I do, as with those who work in schools.

“I’m always welcome to have constructive dialogue with her.”

Tory MP and chairman of the Education Select Committee Robert Halfon suggested the Government should offer a “catch up premium with tuition, mentoring and wellbeing” for students as schools start to reopen.

Mr Williamson said that ensuring every child has the ability to catch up with their studies is something his department are “working at very closely” and that he was “very interested” in Mr Halfon’s idea.

Minister for children and families Vicky Ford announced that parents who are normally eligible for the Government’s free childcare will continue to be eligible for those entitlements during the summer term even if their income levels have changed.

Labour’s Steve McCabe (Birmingham, Selly Oak) said: “Nurseries and childcare providers have struggled to stay open during this crisis and the minister will know that the confusion over the DfE’s (Department for Education) statements on free entitlement and the furlough  scheme has caused a lot of financial headaches.”

Ms Ford replied: “We will always make sure early years providers get the best support possible.”

She added: “A new announcement for parents: Parents who are normally eligible for the Government’s free childcare will continue to be eligible for those entitlements during this summer term even if their income levels have changed due to the virus and this will be a massive support to families as well as to providers.”

In response to a request from Tory Steve Double (St Austell and Newquay), education minister Gillian Keegan also announced that new hospitality and tourism related T-Levels will be introduced to help these sectors recover after the pandemic.

“To support both tourism and hospitality, which I know are important to his constituency, we will offer T-Levels in Cultural Heritage and Visitor Attraction, Catering and Management Administration,” Ms Keegan said.