Sage publishes evidence behind advice on measures such as lockdown 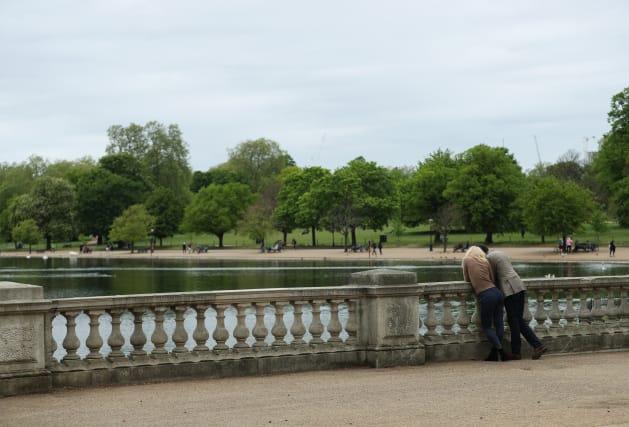 Lockdown restrictions should be eased very gradually in order to maintain public trust in health policy, according to experts advising the Government on the coronavirus outbreak.

The advice has been published by the Scientific Advisory Group for Emergencies (Sage) after calls for greater transparency.

On Tuesday it published a number of statements and accompanying evidence for measures like the lockdown, and issues such as herd immunity.

A paper drawn up by the Scientific Pandemic Influenza group on Behaviour (SPI-B), considered by Sage at its April 2 meeting, suggested the abrupt lifting of restrictions may lead to people believing the risk of infection has ceased or significantly reduced.

The paper states: “If there is then an increase in infection rates that necessitates a reintroduction of restrictions this is likely to be seen as a serious failure of policy and trust in public health advice will be lost, leading to lower adherence to advice to restrict or to resume activity.

“To avoid these problems we would advocate trialling easing restrictions very gradually when epidemiologically indicated while clearly explaining why these particular activities are being resumed and how risks must be controlled if these activities are to be maintained.”

The note adds this method would allow an opportunity to gather epidemiological evidence about the impact of easing the restriction and provide evidence to the public about its impact.

It continues: “To maintain public trust and support it will be important to have acceptable and equitable criteria for selecting which activities can be resumed.”

At a meeting shortly before the Prime Minister ordered the UK’s coronavirus lockdown, scientists warned the previous guidance needed to be toughened up and combined with “hard-hitting emotional messaging”.

At the Sage meeting on March 23, the day Boris Johnson announced the new policy, a paper drawn up by behavioural science experts said: “The perceived level of personal threat needs to be increased among those who are complacent, using hard-hitting emotional messaging.

“To be effective this must also empower people by making clear the actions they can take to reduce the threat.”

The lockdown decision was taken after Sage was presented with modelling evidence suggesting intensive care units across the country would be swamped.

At the March 23 meeting, experts considered a summary of the coronavirus modelling which warned “it is very likely that we will see ICU capacity in London breached by the end of the month, even if additional measures are put in place today”.

The modelling suggested the rapid increase in intensive care admissions indicated the reproduction number – the R rate – was higher than the 2.4 previously estimated and could have been more than three.

In earlier advice, some of the scientists suggested publicising the concept of herd immunity to explain why the UK was not imposing social distancing measures in early March.

A paper dated March 4, considered by Sage on March 5, said: “SPI-B (scientific pandemic influenza group on behaviours) have divergent opinions on the impact of not applying widescale social isolation at the same time as recommending isolation to at-risk groups.

“One view is that explaining that members of the community are building some immunity will make this acceptable.

“Another view is that recommending isolation to only one section of society risks causing discontent.”

Chief scientific adviser Sir Patrick Vallance talked about the concept of herd immunity in broadcast interviews on March 13, but the Government later said achieving herd immunity was never a policy.

The documents also revealed that experts suggested workers who have developed Covid-19 antibodies could be given riskier frontline roles by unscrupulous employers.

A paper considered by Sage at its April 14 meeting indicated employers might “actively discriminate” against workers who were not shown to have antibodies.

The note said: “Some employers may discriminate on the basis of antibody status. This might include not permitting those testing antibody negative to return to work or only taking on new staff with antibody positive test results.”

The note also warned about the risk of people trying to “game” the system by attempting to purchase a fake test result.

The release of the documents comes one day after Sage published a list of some of the experts who have been sitting on the group.

The documents will be updated on a regular basis with the latest available evidence provided to Sage.