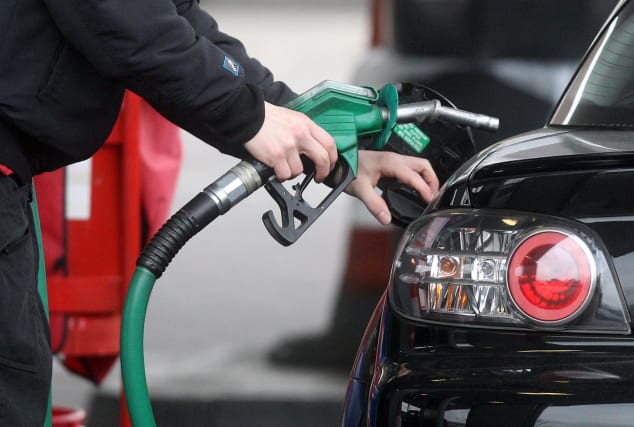 The average cost of a litre of the fuel at UK forecourts is £1.08, according to Government data.

The price collapse means filling a 55-litre family car is around £7 cheaper today than six weeks ago.

Diesel has also fallen in price, sinking to an average of £1.15 per litre, which is the lowest level since October 2016.

The drop in fuel prices has been driven by a bruising few months for oil.

The price of a barrel of Brent crude fell from 64 US dollars at the start of the year to less than 19 dollars in April, due largely to plummeting demand from a global economy hit by the coronavirus pandemic.

However, on Tuesday the price pushed back up towards 30 dollars, as lockdown measures start to ease around the world.

The number of UK motorists taking advantage of cheaper fuel is limited because the Government has restricted the reasons why people are allowed to leave their home.

Department for Transport figures show that road traffic is around 58% lower than in early February.

RAC fuel spokesman Simon Williams said: “It’s ironic that at a time when many of us are only making a fraction of the trips we did before the lockdown, prices have fallen to this level.

“Based on current wholesale prices, there’s the possibility for even lower prices – but we can’t see this happening unless lockdown restrictions are eased and fuel retailers start selling fuel in much greater volumes again.

“With so much fuel in storage needing to be used up, retailers shouldn’t have too many reasons to put prices up as any surge in car use is unlikely to make much of a dent in supplies for some time.”

The Petrol Retailers Association said up to 100 petrol stations have closed and a further 900 are at risk because of the drop in demand for fuel.