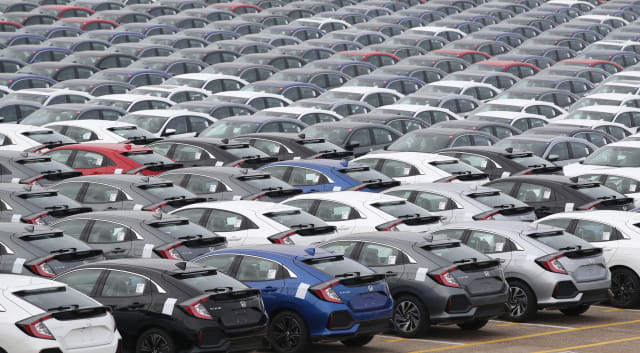 Demand for new cars fell by around 97% last month amid the coronavirus lockdown.

Only approximately 4,000 new cars were registered in April compared with 161,000 in the same month in 2019, according to preliminary figures released by the Society of Motor Manufacturers and Traders (SMMT).

Many car showrooms across the country have been closed, but some deliveries of new vehicles are still taking place.

The SMMT is forecasting that around 1.68 million new cars will be registered during the whole of 2020, which would represent a 27% decline on last year.

Jim Holder, editorial director of What Car? magazine, told the PA news agency the figures for April were “disastrous but not unexpected”, as buying a new car was “as far from people’s minds as you can possibly get”.

“It’s consistent with the figures coming through from the rest of Europe,” he said. “Everything was frozen for a month.”

Mr Holder said that in the short term, there is a “substantial amount of pent-up demand” for new cars.

He said retailers need to introduce social distancing standards which mean customers have confidence they can “buy a car without risking their lives”.

He acknowledged that any spike in sales is “not going to fill the gap” in terms of revenue lost in recent weeks, but urged the automotive industry to “make the most of every opportunity”.

“As far as I can see, the vast majority of car-makers have the cash reserves to ride this out, at least for the short term.

“You have to worry about the ones you were worried about before, like Fiat, like Jaguar Land Rover to a degree, like Tesla to a degree – for all their brilliance they don’t have huge cash reserves.

“But I think they can all pretty much handle – with some careful measures – one bump. I would think if it becomes more sustained or returns, then you’re going to have to look at it again.”

Final figures for the number of new cars registered in April will be published by the SMMT at 9am on Tuesday.