Just 22% of carers needing a Covid-19 test can get one, research says 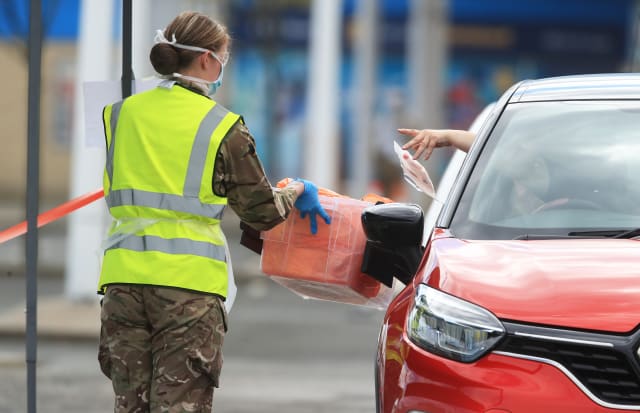 Just 22% of social care workers considered a priority for a Covid-19 test have been able to access one, research by a body representing the sector has found.

A survey by the National Care Forum (NCF) found that out of a sample of 31,262 care staff, 6,469 were in urgent need of testing due to having symptoms of the virus.

But despite a Government pledge made on April 15 that all frontline care workers in need of a test should have one, only 1,463 – or 22% – had received one.

In its Social Care Action Plan, the Government said: “There is now capacity available for every social care worker who needs a test to have one, just as there is for NHS staff and their families.”

The survey results came from the staff at 38 UK-based social charities drawn from the NCF’s 120 member organisations.

The NCF found that backlogs in the employer portal system for referring staff resulted in just 2% being able to access testing at drive-through centres via this route.

One NCF member told the organisation they first applied to register onto the portal on April 27 but had still not been contacted as of May 4.

“I phoned on May 1 to be told there was a backlog with registration onto the portal and I had to wait – the contact couldn’t give me a timeframe,” they said.

The NCF survey found the self-referral system to be more effective, with 583 of the 1,463 tested receiving a test via this means, although this figure only accounts for 9% of those in need of testing.

One of the main flaws in the self-referral system, the NCF said, was that care workers are not prioritised and are therefore competing against other key workers and the wider public.

It found that accessing a test through local health services was the easiest route, with 715 of those tested doing so locally, but described the availability of test slots as “a postcode lottery”.

Vic Rayner, NCF executive director said: “The Government’s promise to provide tests for all staff is exposed as pure words.

“Social care needs to be systematically prioritised in each and every testing system, in order for Government to live up to its commitment.”

The NCF now wants to see care workers prioritised on both the employer-referral and self-referral system regardless of whether the are symptomatic.