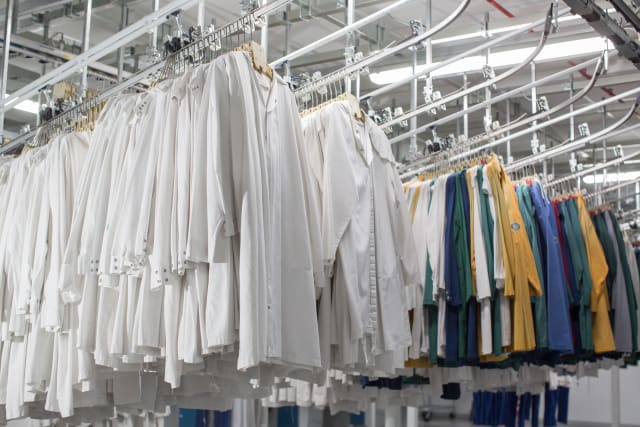 Workwear group Johnson Service has revealed it lost 97% of its sales in the hospitality sector last month as the coronavirus crisis forced the closure of restaurants and hotels.

The group said it has furloughed a “significant” number of its workforce, largely in the hospitality and catering arm, as revenues in the division collapsed.

It has scrapped its shareholder dividend for 2019, helping to boost its balance sheet by around £8.7 million, and does not expect to make a payout for 2020.

The firm added that bosses have taken a 20% pay cut for at least three months, and other employees in support and administration roles who have not been furloughed have seen salaries reduced by 10% to help it weather the crisis.

The group’s update showed that its workwear business – which provides rental clothing, protective wear and laundry services – saw revenues fall 12% in April, having been “slightly negative” overall in the first quarter.

It said demand had been hit hard among so-called blue collar industries, though the group is seeing some rising demand from food customers.

Johnson Service has continued to supply key industries throughout the crisis, with all its processing sites remaining open.

Scenes made from Lego help teach children about social distancing