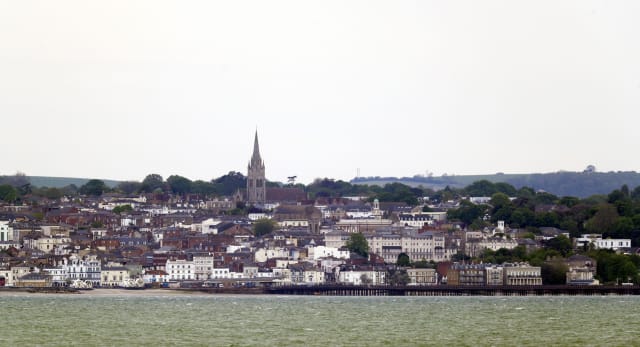 Residents of the Isle of Wight have shared mixed feelings about the Government’s decision to use the island as a testbed for a new Covid-19 contact-tracing app.

The app was made available to NHS and council staff on Tuesday before being widened to the general Isle of Wight public on Thursday.

A nurse living on the island, who wished to remain anonymous and whose wife is seriously ill with Covid-19, told the PA news agency he intends to download the app “in the absence of an alternative” but worries it could prove a gimmick.

“The idea of using technology to support public health is an excellent idea,” he said.

“The issue for me isn’t about privacy – what good is that if we’re bankrupt or dead? It’s about effectiveness and competence.”

The nurse said the NHS “doesn’t have a strong history” of effective IT systems, noting that his own practice still uses paper records, referrals and clinical requests.

He said he also feels the Government’s handling of the coronavirus crisis has been incompetent and many decisions have been “political” or for public image.

“I think this government wants to stamp a ‘made in Britain’ sticker on a final success,” he said.

“My wife has been seriously ill with Covid. We were tested on Friday and still don’t have the results.

“This is because the Government wanted to get that 100,000 headline, but didn’t have the capacity to actually do the testing. Our test results are thus now obsolete and out of date.

“The app needs to be part of an effective strategy, otherwise it’s a gimmick.”

Another resident, Shaun Davis, from Newport, said he is “all for” the app and felt there has generally been “a lot of positivity” locally.

“‘A journey of a thousand miles begins with a single step’ and all going well will lead to the eventual easing of lockdown and strict social distancing,” the 36-year-old told PA.

Mr Davis, who works for a wholesaler providing materials to organisations including the NHS and Ministry of Defence, said he does not share other people’s data security concerns.

“Smartphones are traceable even without the app… we have to do something – the virus isn’t going anywhere and we can’t all remain in our homes indefinitely,” he said.

But local parish councillor Daryll Pitcher, who says he is also the Covid-19 response coordinator for the island’s Wootton village, did not welcome the opportunity to become a “guinea pig”, and doesn’t intend to download the app.

“I am greatly concerned that this trial has been imposed on the Isle of Wight and I believe that the final say should have been local,” Mr Pitcher said.

“Can you imagine the reaction if they had tried to impose this on Scotland?”

Mr Pitcher, a former Ukip parliamentary candidate for the Isle of Wight in 2017 and 2019, also said he has concerns regarding his civil liberties and data security.

He said he feels the island “is not a suitable testing area” due to its demographics and geography, both of which vary from the UK’s national average.

“There is no point testing in an area you can be reasonably certain it will never work,” he added.