Islanders on the Thames tell of life during lockdown 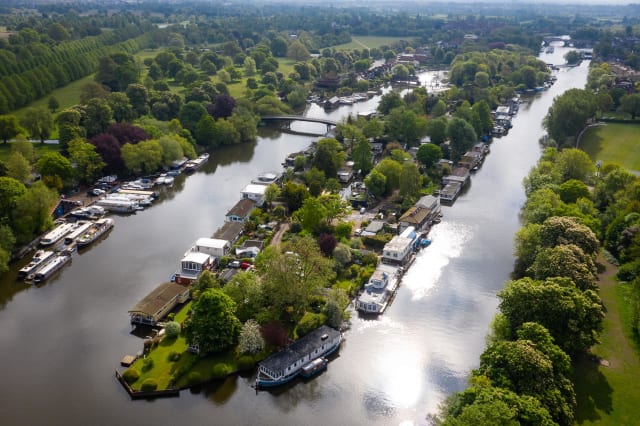 While many Londoners long for more outdoor space during the coronavirus crisis, residents of the capital’s islands are spending lockdown with the Thames on their doorstep.

One of London’s floating communities, Taggs Island, is tucked away from the city on a peaceful stretch of the river in Richmond upon Thames.

A close-knit community, the urban oasis houses just over 100 residents living on around 60 houseboats – with some 40 on the shoreline and around 20 in the central lagoon.

Although living on a river may not float everyone’s boat, residents are grateful to reside on Taggs Island, south-west London, as they follow the Government’s lockdown guidelines and stay at home.

Carol Sinker, who lives on the island, said her daily exercise during the lockdown has been kayaking down the river.

“I know there is a world crisis going on and it’s awful for the UK, but if you’ve got to be locked down, living here is as good as it gets,” she told the PA news agency.

Ms Sinker, who has lived on the island for 23 years, said she had not left the area other than to get food supplies.

She added: “In the light of people not being able to go on holiday, when the weather is nice, and we’ve just had a blinding April, this is like being on holiday.”

Houses are not permitted to be built on Taggs Island, but each houseboat has a small garden, with vehicle access by a road bridge near Hampton Court Palace.

During the lockdown, residents of the island have put signs up discouraging tourists and members of the public from exercising there.

“People have made a sign on the other side of the bridge saying please try not to come on to the island because we’re trying to just keep it to people who live here,” Ms Sinker said.

“But there have been definitely more people cycling around.”