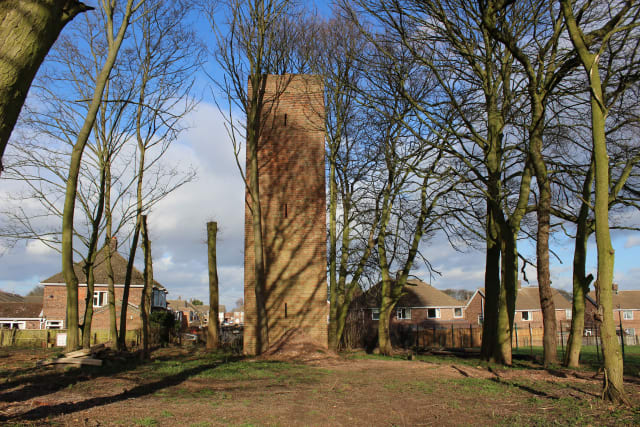 A rare Second World War command post and a London memorial will be added to the National Heritage List to mark the 75th anniversary of Victory in Europe (VE) Day on Friday.

Buildings listed by Historic England are given special protections and are maintained due to their cultural or historical significance.

The Department for Digital, Culture, Media and Sport (DCMS) said that preservation of the two sites demonstrates the “debt of gratitude” owed to the war generation.

VE Day celebrates the victory of the Allied forces over Nazi Germany on May 8 1945.

The Battle Headquarters at the former RAF Hucknall in Nottinghamshire was created in 1940 to help defend the airfield against wartime paratrooper assaults.

The base at Hucknall was built as an underground command post with a visible three-storey brick observation tower and observation slits to watch for approaching enemy aircraft.

A war memorial at St Luke’s Church in Bromley is a stylised Portland stone wheel-head cross supporting a crucifix with a bronze figure of Christ.

Bromley suffered many bombing attacks due to its proximity to London and the names of 59 soldiers who died in the Second World War are inscribed on a pillar inside the church.

“I am delighted that, as we prepare to mark 75 years since the end of the war in Europe on May 8, we are protecting these historic sites in this way.”

Many of this year’s VE Day celebrations have been cancelled or moved online due to the coronavirus outbreak.

On Friday, Historic England will ask people to share what they know about its listed buildings and places that “harbour wartime histories, however big or small (to) help them build a more vibrant picture of some of the most important sites in England and how they witnessed the war”.

Historic England chief executive Duncan Wilson said: “The surviving physical evidence of the Second World War is all around us, but is often unrecognised.

“From the Battle Headquarters at RAF Hucknall airfield to the memorial at St Luke’s Church in Bromley; from aircraft hangars, former air raid shelters, barracks and hospitals, to the thousands of homes that sheltered evacuees, we must ensure that the rich history of these iconic sites is not forgotten.”

Historic England said that as part of the celebrations, two other sites will be re-listed, including an obelisk in Bath and a Grade II* listed park and garden in Norfolk.

Although already granted listed status, new information linking the sites to the Second World War has now been added to their descriptions on the National Heritage List for England.