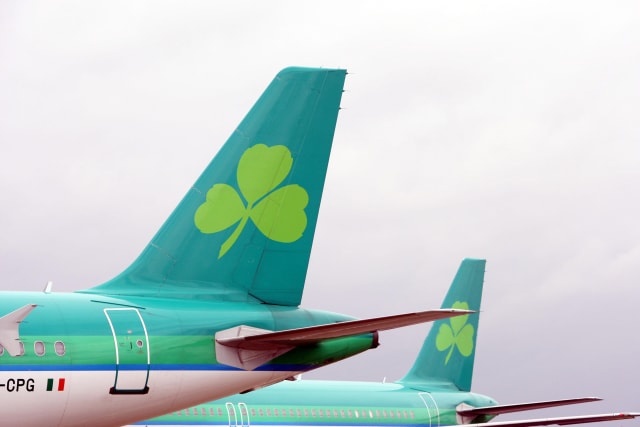 Stormont’s health minister has accused Aer Lingus of operating like the coronavirus emergency has not happened after images emerged of a packed flight.

Robin Swann criticised the airline after pictures showed an almost full cabin with no apparent evidence of social distancing.

Pictures shared of the Belfast to London Heathrow flight on Monday morning showed row after row filled with passengers.

Aer Lingus has initiated a review after the incident.

The airline said any process changes required would be implemented as a “matter of urgency”, insisting the safety of passengers and crew was its “top priority”.

Mr Swann made his first public comments on the incident during Stormont’s daily Covid-19 briefing at Stormont on Tuesday.

“I was shocked at the images of Aer Lingus,” he said.

“It was as if they were living in a time before Covid-19, completely oblivious of the regulations and social distancing and guidance that have been enunciated and published by our executive here and the government in Westminster.

“How they could think that the practice that they were actually carrying out was in any way in keeping with the guidance that we’ve been issuing?

“I think it’s a short, sharp shock to them that they should actually be behaving still in that manner and I would ask them publicly to actually revise that very quickly.”

Earlier, the chief executive of Belfast City Airport, Brian Ambrose, said it was working “around the clock” to make it as safe as possible for travellers.

Mr Ambrose said Monday saw the first big influx of passengers since the virus outbreak, with 154 on the flight.

He told the BBC’s Stephen Nolan Show: “Measures yesterday were not up to our usual standards. The people at the airport will not be found wanting to find solutions.”

He said no-one has found a solution to keep people two metres apart on a passenger plane, adding: “How could you?”

Mr Ambrose added: “We are working around the clock to make sure Belfast City Airport can provide the safest environment possible.”

He said he is still reviewing whether social distancing measures on Monday were inadequate or whether not enough staff were present to ensure passengers adhered to restrictions.

Until Monday only 30 or 40 passengers had been using the Heathrow flight and were mainly medical workers.

The chief executive added: “I don’t want to jump to any conclusions. The pinch points had not emerged until yesterday.”

It is expected to be late summer before the airport begins opening some of its cafes or restaurants and stemming its significant losses.