At least 8,828 deaths outside hospitals involving coronavirus to date – ONS 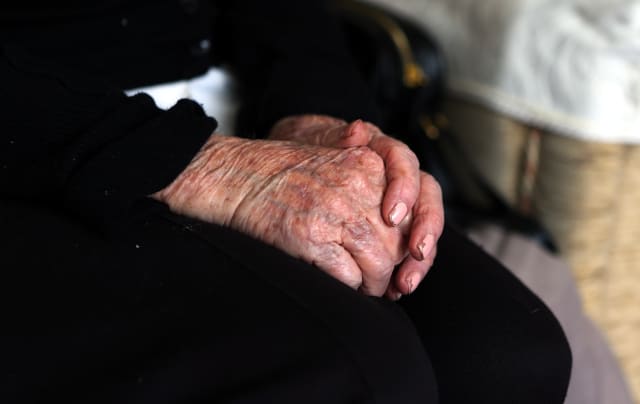 Care home deaths involving coronavirus have increased by more than a third in the space of a week, with at least 8,828 Covid-19 deaths outside hospital to date, figures show.

There were 2,794 care home deaths linked to Covid-19 and registered in the week ending April 24, up from 2,050 during the previous seven days.

This is an increase of 36%, bringing the total to 5,890 coronavirus-related care home deaths registered up to April 24 in England and Wales.

– 105 took place in other communal establishments

The ONS said the numbers are based on where Covid-19 is mentioned anywhere on the death certificate, including in combination with other health conditions.

Of deaths that occurred up to April 24 and which were registered by May 2, the number rises to a total of 8,828 deaths involving coronavirus outside hospital.

But overall, deaths from all causes registered in England and Wales fell for the first time since March 20, the ONS figures also showed.

Nick Stripe, head of health analysis at the ONS, told the BBC it was “reassuring” to see the overall number of deaths has slightly dropped.

He said: “We would kind of expect to see that impact of the lockdown now, so it’s reassuring to see that the number of deaths have slightly dropped from that very high peak.”

But he cautioned that the number of excess deaths in the week ending April 24 is still the second highest since records began in 1993.

Over the last five weeks where data has been recorded, he calculated there have been around 42,000 deaths above average in the UK.

Mr Stripe said that hospitals are still seeing about 75% more deaths than usual at this time of year but the situation in care homes is “more stark”.

He continued: “So, almost four times more deaths than we would expect to see at this time of year were registered in that last week, about 280% more deaths registered in care homes above that five-year average, and that number is going up.

“And 35% of those mentioned Covid on the death certificate.”

It comes as separate data showed care homes notified the Care Quality Commission (CQC) of 6,391 deaths of residents in homes between April 10 and May 1.