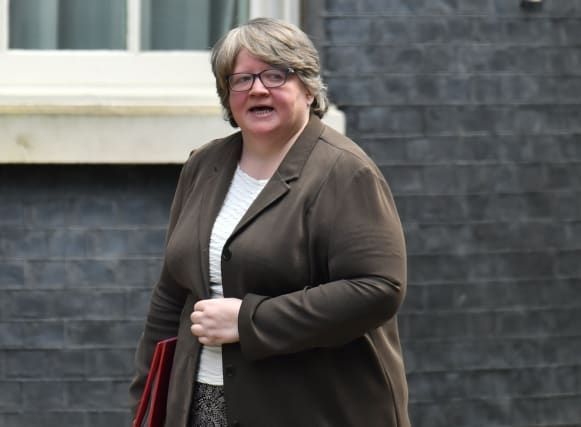 More than two million claims for welfare support have been submitted during the coronavirus pandemic, according to the Work and Pensions Secretary.

She said this is six times the volume the Department for Work and Pensions would typically experience, with the rate for UC claims appearing to have “stabilised” at between 20,000 and 25,000 per day – double the rate of a standard pre-coronavirus week.

But Ms Coffey insisted she has no intention of changing the “fundamental principles or application” of UC and dismissed Labour calls to end the five-week wait for a first payment or to scrap the two-child limit.

She also told MPs it is “far more straightforward and quick” to change UC and working tax credits in response to the pandemic compared with legacy benefits such as JSA and ESA.

Giving an update in the Commons, Ms Coffey said: “Since 16 March to the end of April we have received over 1.8 million claims to Universal Credit, over 250,000 claims for Jobseeker’s Allowance and over 20,000 claims for Employment Support Allowance.

“Overall, this is six times the volume that we would typically experience and in one week we had a tenfold increase.

“We’ve also issued almost 700,000 advances to claimants who felt that they could not wait for their routine payment and the vast majority of these claimants received money within 72 hours.”

Ms Coffey said 58,200 vacancies are advertised on a new website to help people, and average wait times for calls to DWP helplines are “now below five minutes”.

On UC, she said the Government will continue to look at issues that arise, adding: “It is not my intention to change the fundamental principles or application of Universal Credit.”

For Labour, shadow work and pensions secretary Jonathan Reynolds asked why legacy benefits have not been increased in a similar way to UC and noted more than 100 charities have pointed out this “discriminates against disabled people in particular”.

He highlighted calls to temporarily suspend the benefit cap and said the two-child limit should be lifted, adding: “People three years ago could not have been expected to make family choices based on the likelihood of a global pandemic shutting down our economy.

“The Government has suspended sanctions during the crisis but the two-child limit is effectively an 18-year sanction on the third and fourth child in a family and surely it should go too.”

Mr Reynolds said the five-week wait for the first payment of Universal Credit “should not exist at all”.

Ms Coffey replied: “Our older systems, the legacy benefit systems, it’d take, I understand, quite some time – and I’m talking about several months – to get this to change in the process that we have.

“That’s indicative, if I can give an analogy, of when we make changes to benefits that tends to happen about four or five months before the actual changes come through because that is how long it takes our computer systems to work.”

Ms Coffey highlighted other changes which could help people, including mortgage holidays and stopping renters being evicted.

She said: “I am conscious that for the benefit cap we are still talking outside London about an income of potentially £20,000 over the year being given to benefits claimants, or £23,000 in London – I’m conscious that that could be something like a £25,000 to £30,000 take-home salary effectively after you’ve taken into account taxation and similar.

“So I do think it’s not necessary to be changing the benefit cap.”

On the five-week wait, Ms Coffey said: “There’s no intention to change that.”

SNP work and pensions spokesman Neil Gray described the Government’s support schemes as “bureaucratic”, adding: “Millions have been forced on to a still inadequate UC.”

He said Airdrie food bank had reported a 47% increase in demand for its services since the onset of Covid-19, adding: “That should focus minds.”

Ms Coffey said she was “conscious of the increase in food bank usage” as she pointed to the work of ministers in “making sure that we can work with them in order to make sure that food can get to people most vulnerable in society”.

Labour chairman of the work and pensions committee Stephen Timms said it was “unfair” that JSA and ESA had not been increased as well.

Conservative MP Peter Bone (Wellingborough) said the Government had done well in protecting people on PAYE and the self-employed, but warned: “Directors of small companies fall through the cracks and it really isn’t good enough just to say, ‘well they can fall back on Universal Credit’. In many cases, they won’t qualify anyway and we protected other sectors.”