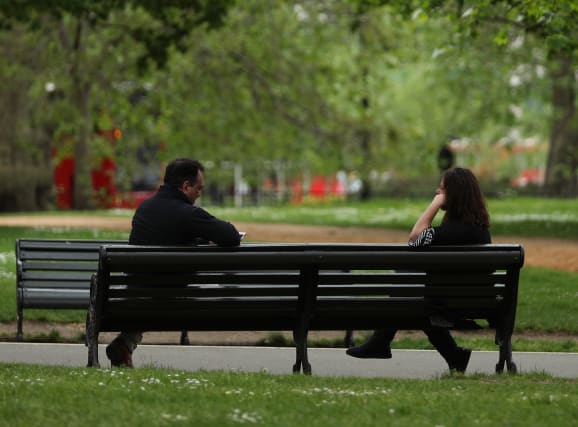 Selectively lifting lockdown measures could lead to resentment and anger among the population which has otherwise shown collective solidarity, an expert has said.

Officials are considering how coronavirus restrictions could be lifted, and later this week Boris Johnson is expected to set out a road map out of the lockdown.

The Government is being guided by the Scientific Advisory Group for Emergencies (Sage) but it has been accused of lacking transparency, and former government chief scientific adviser Sir David King has convened a separate “independent” panel of experts who met for the first time on Monday by videocall.

During the meeting, which came as Sage published a partial list of advisers on the Government group, the new committee raised concerns about the selective lifting of restrictions.

Susan Michie, professor of health psychology and director of the Centre for Behaviour Change at University College London, said there was a risk of the measures causing division.

She said the public’s adherence to restrictions had been surprising, but largely down to a collective solidarity.

Prof Michie said: “Going forward, in terms of lifting the lockdown it’s going to be a very different situation because in the lockdown similar measures were being carried out across the whole population, by and large.

“But what we’re going to be seeing is different measures for different sections of the population and so this has the potential for undermining the collective solidarity that has been so important for trust, for adherence, for helping each other, and if it’s not handled well, risks potential division between groups, risks perceived inequality and injustice and unfairness, which can lead to resentment and anger and people getting alienated from the collective and what’s being asked of them.

“Really a lot of thought needs to be given to how this is going to be managed and managed in such a way that all sections of the population are being looked after and their needs are being met.”

She added that if specific groups such as the over-70s are asked to stay in lockdown while others are not, the message would have to be much more “nuanced”.

Prof Michie also said the Government must ensure those who are forced to self-isolate, as a result of having contact with someone infected, have financial security.

Sir David’s new 12-strong committee of academics is keen to investigate seven key points, including how successful testing and tracing can be achieved, and what social distancing measures will be needed in future.

Sir David said he will share their findings and workings with the public by streaming meetings on YouTube.