Sage: Here is what we know so far about its membership 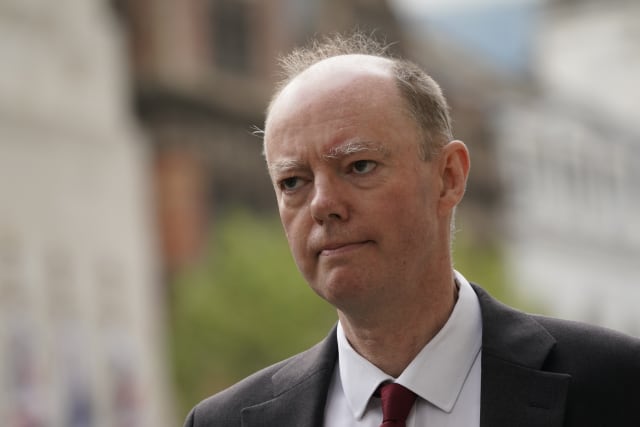 While some experts on the Scientific Advisory Group for Emergencies (Sage) have become household names during the coronavirus pandemic, others are less well-known.

Here are some of the scientists and medical experts who have participated in the committee so far to help shape the Government’s response to the Covid-19 crisis.

The 60-year-old took on the role in 2018, succeeding the current chief medical officer Professor Chris Whitty, and provides scientific advice to the Prime Minister.

During his time as president of research and development at pharmaceutical company GlaxoSmithKline (GSK), between 2012 and 2018, new medicines for cancer, asthma and HIV were discovered and approved for worldwide use.

He previously taught at St George’s Hospital Medical School – where he studied medicine in 1978 – for nearly a decade, before becoming professor of medicine at University College London medical school.

Prof Rogers is a social psychologist whose research has been used to help shape emergency policy-making, planning and response to extreme events.

Her work as a professor of behavioural science and security in the department of war studies at King’s College university in London led to her receiving an OBE in 2018 for services to academia and government.

Prof Rogers’ research looks at public responses to low-likelihood events such as chemical, biological and nuclear accidents or attacks – as well as pandemics.

Prof Noakes is an expert in airborne infection, indoor air quality and ventilation in buildings.

A professor of environmental engineering for buildings at the University of Leeds, she is also a chartered mechanical engineer with a background in fluid dynamics.

Prof Noake’s group of researchers carry out studies to explore how airborne diseases move, how they are influenced by indoor airflow and how engineering can help control their transmission.

Prof Marteau is the director of the Behaviour and Health Research Unit at the University of Cambridge.

In 2017, she was awarded a damehood for her services to public health and was described at the time as a “distinguished health psychologist” who pioneered research into how the environment affect’s people’s behaviour.

Her research focuses on behaviour change to prevent smoking, and the excess consumption of food and alcohol to better improve the population’s health.

Mr Rahman serves as the Department for Education’s (DfE) director of analysis and chief scientific adviser.

Through his role, which he was appointed to in April 2018, he is responsible for ensuring the department’s policies and decisions are made using the best analytical and scientific evidence.

Prior to joining the DfE, Mr Rahman spent 14-and-a-half years at the Ministry of Justice where he was the director for analytical services and chief scientific adviser following an eight-year stint as its chief economist.

Prof Horby is an expert in the field of infectious diseases, including those found in animals which affect humans.

He is a professor of emerging infectious diseases and global health at the University of Oxford, and has frequently served as an adviser to the World Health Organisation.

Prof Horby established the Epidemic Research Group Oxford, which had been engaged in an international study to prepare and respond to emerging diseases that could turn into pandemics.

In his role as England’s chief medical officer, (CMO) Professor Whitty advises ministers on the best course of action to limit the spread of the virus.

Prof Whitty, 54, is an NHS consultant physician and epidemiologist with an extensive background in the study of infectious diseases, including Ebola.

He also acts as the UK Government’s chief medical adviser and chief scientific adviser for the Department of Health and Social Care.

Professor Ferguson is a mathematician and epidemiologist at Imperial College London with a specialism in the study of infectious diseases which spread in humans and animals.

He heads Imperial College London’s Covid-19 response team, which has modelled the spread and impact of coronavirus in a Government-commissioned report.

Prof Ferguson has used mathematical modelling to provide data on disease outbreaks including the swine flu pandemic in 2009 and the Ebola epidemic in Western Africa in 2016.