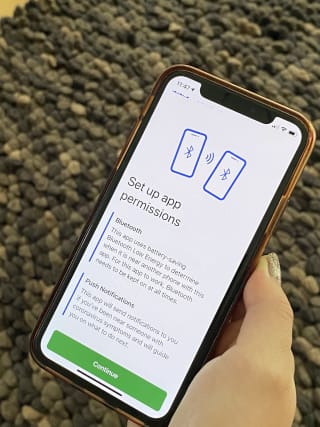 The UK public’s right to privacy could become “another casualty” of coronavirus through the use of a contact-tracing app, Amnesty International UK has warned.

The Government is to begin testing its Covid-19 contact-tracing app on the Isle of Wight this week.

It uses Bluetooth to track and trace contact between users – alerting people if someone they interacted with has displayed symptoms or tested positive for the virus.

However, privacy concerns have been raised over the centralised approach the NHS app takes – which sees contact data from app users shared with the NHS and a central database if a user declares they have symptoms.

NHSX, the app’s developer, has insisted the NHS and the app asks only for the first half of a user’s postcode, all data in the app is anonymous and does not leave a user’s phone until they volunteer to share it with the NHS.

However, Amnesty International UK director Kate Allen said the Government should be looking at decentralised app models – where contact-tracing data stays on a user’s device.

“Ministers should instead be examining decentralised, privacy-preserving models such as those many European governments are pursuing.

“In these extraordinary times, contact-tracing apps and other technology could potentially be useful tools in responding to Covid-19, but our privacy and rights must not become another casualty of the virus.

“Contact-tracing apps must always be voluntary and without incentives or penalties.”

The app trial being run on the Isle of Wight is voluntary, although NHS chiefs and the Government have urged residents to download the app in order to improve its impact.