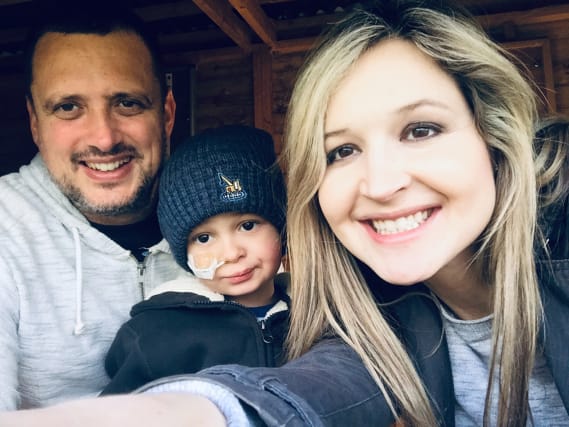 The mother of a sick four-year-old boy who needs £232,000 for potentially life-saving treatment says she is “totally elated” after a huge spike in donations over the weekend.

Budding surfer Liam Scott is coming to the end of a gruelling year of painful treatment for neuroblastoma – a very rare cancer.

And while the brave Paw Patrol fanatic is getting stronger, his family know there is a high chance his cancer will return in the future.

An experimental vaccine could prevent the life-threatening disease coming back, but it is only available in New York.

Mother Claire Scott, 40, told the PA news agency there were “dark days” when the fundraiser was just “not moving at all”.

But thanks to the efforts of a local footballer as well as increased publicity over the weekend, donations have shot up.

Charlie Holmes, who has taken it upon himself to get Liam to America, has also amassed £24,000 on his own JustGiving page.

Mr Holmes, a former right wing-back for Dagenham and Redbridge, is running 140 miles over 14 days – all live-streamed over Instagram.

In his most recent running video on Sunday evening, he called out to his supporters saying: “Everyone that’s watching please go to my bio, there’s a link in there for a little boy called Liam.

“He needs money to get his treatment out in America, he needs it by August.

Liam’s family, who live in Sevenoaks in Kent, are now more than half way to their target.

Speaking to PA on Monday after the spike in donations, Ms Scott said: “It’s incredible, I can’t believe it.

“I am totally elated, I can see hope now that we can do it.”

She praised the generosity of the public and the efforts of Mr Holmes.