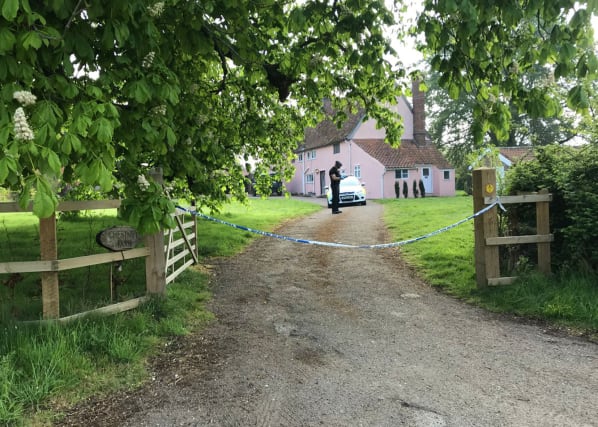 A man has been charged with the murder of his solicitor wife after she was shot inside their family home.

The woman, named locally as Silke Hartshorne-Jones, was the mother of twin eight-year-old sons.

Suffolk Police said Peter Hartshorne-Jones, 51, of The Green, Barham, has been charged with murder and will appear before Ipswich Magistrates' Court on Tuesday.

Police said officers were called to a property in Barham, near Ipswich, shortly before 4.45am on Sunday and a woman in her 40s was taken to Ipswich Hospital but died a short time later.

Mrs Hartshorne-Jones shared a farmhouse in the village of Barham with her husband.

The property remained cordoned off by police on Monday.

A neighbour, who did not want to be named, said: "It's a tragedy what's happened. We're a close community here."

Mrs Hartshorne-Jones worked as a solicitor in London, her LinkedIn profile said, describing her as multilingual and qualified to work in England, Wales and Germany.

Anyone with information about the incident is asked to contact Suffolk Police, quoting crime reference 37/24434/20, on 101 or by calling Crimestoppers anonymously on 0800 555111.