In Pictures: Tributes paid to firefighters lost in line of duty 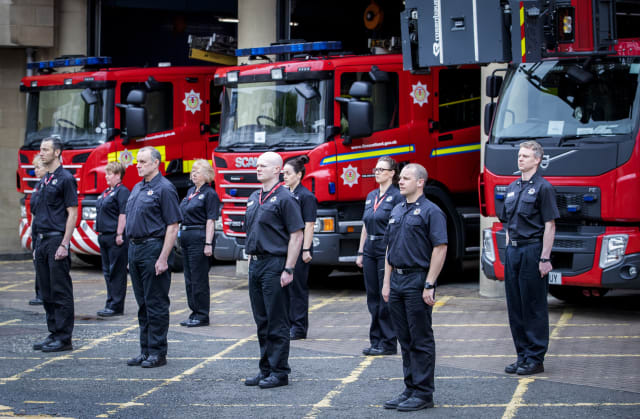 Firefighters across the country have fallen silent to remember colleagues who lost their lives in the line of duty.

This year’s Firefighters’ Memorial Day, organised by the Fire Brigades Union and the Firefighters Memorial Trust, also honoured the nine firefighters in the United States and four in Italy who have died as a result of the coronavirus pandemic.

Flags were flown at half mast as firefighters observed a minute’s silence outside Bournbrook Community Fire Station in Birmingham.