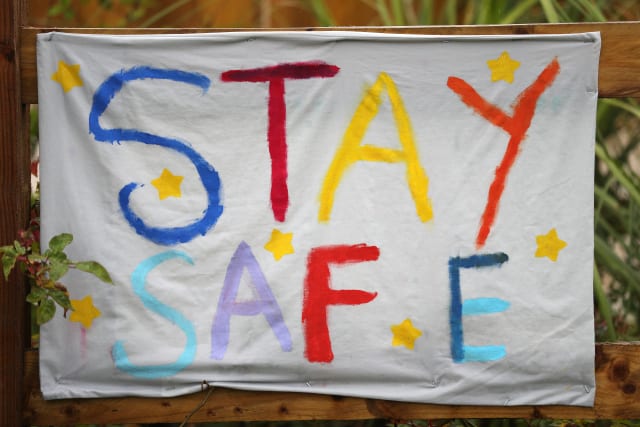 More than half of people with blood cancer who are shielding during the coronavirus crisis are struggling with their mental health, according to a survey.

Blood Cancer UK said that around 115,000 people with blood cancer are living under the strictest lockdown measures because they are among those considered most at risk of becoming seriously ill from Covid-19.

One woman with Hodgkin lymphoma, a type of blood cancer, told the charity that shielding had been an “emotional rollercoaster” which left her feeling “isolated, alone and upset”.

A survey by the charity found that more than half (51%) of respondents are struggling with their mental health as they stay indoors, while nearly one in 10 (9%) report that the impact is severe.

Blood Cancer UK said that in the survey of 1,077 people, who are shielding due to blood cancers such as leukaemia, lymphoma and myeloma, nearly nine out of 10 (87%) expressed concerns about getting the virus.

One in four (25%) were worried about the potential impact on their cancer treatment and the same percentage were concerned about access to their medical appointments.

Georgie Swallow, from Buckinghamshire, who has Hodgkin lymphoma, is shielding and in the high-risk group because she had a stem cell transplant at the end of 2019.

Taking part in the survey, the 27-year-old said: “It has been an emotional rollercoaster. I feel isolated, alone and upset that the life I was beginning to have after my stem cell transplant has been taken away from me.

“The worst part is that I have been reliving the emotional trauma of my cancer journey.

“I recently went to the hospital for a scan and was worried about catching coronavirus and I was also scared because for the first time I had to go alone.”

Those shielding were asked to stay at home for 12 weeks at the start of the lockdown because they are in the highest-risk group.

This means they should not leave the house, unless attending essential hospital appointments, and someone else should bring supplies such as food and medication.

The charity said it has received more calls to its support line in the two months since the start of the coronavirus crisis than in the whole of last year – with around 90% of people saying they are worried or frightened.

It is now calling on the NHS to ensure it is able to meet demand for mental health support during the pandemic, and is asking the Government about plans on how to safely bring people who are shielding out of isolation.

Gemma Peters, chief executive of Blood Cancer UK, said: “With people expected to shield until at least mid-June, we fear the number of people with blood cancer who are experiencing severe mental health issues will rise.

“All of our lives have been turned upside down by this pandemic and many of us are feeling anxious.

“But those already dealing with the emotional impact of living with a serious health condition are particularly vulnerable right now.

“Their mental health should be monitored by their GP to check they are coping.”