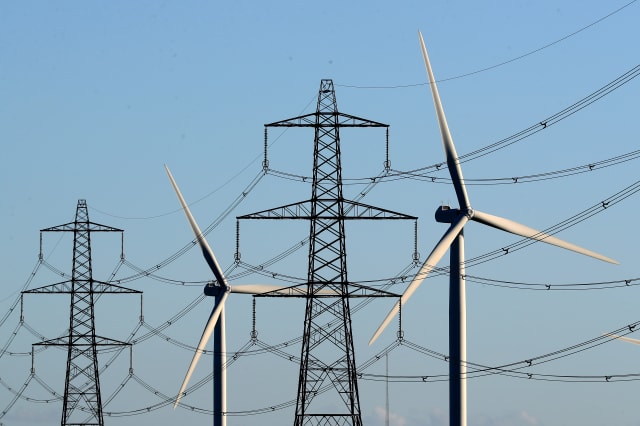 Ensuring measures to boost economies after the pandemic are “green” will create more jobs and better financial returns, as well as tackle climate change, experts have said.

In the UK, investment in renewables projects, fitting homes and buildings with extra insulation, improving broadband and encouraging electric cars and ebikes could all help kick-start the economy and cut emissions.

It has been estimated the pandemic will lead to an 8% drop in emissions in 2020, in the face of industry shutdowns, recession and huge reductions in road and air travel.

But the world needs to see annual cuts of 7.6% in the next decade to curb global warming below dangerous levels.

The world could leap “from the Covid frying pan into the climate fire”, unless governments intervene to shift economies to clean pathways as they recover, a study warned.

For the study, a team including Nobel prize winner Joseph Stiglitz and leading British climate economist Lord Stern assessed the economic and climate impact of taking a green route out of the pandemic.

The assessment, which is being published in the Oxford Review of Economic Policy, surveyed officials in 53 countries on their recovery measures and drew on lessons from the 2008 financial crisis.

For example, building renewables projects or rolling out home insulation refits creates twice as many jobs in the short term per pound spent as fossil fuel investments, and do not run the risk of jobs being moved offshore.

Investing in green schemes also drive down costs of switching to clean technology in the long run.

The study warned that airline bailouts without conditions attached to make companies tackle their pollution had the poorest impact in both economic terms and in tackling climate change.

Cameron Hepburn, lead author of the report and director of the Smith School of Enterprise and Environment, University of Oxford, said: “This report shows we can choose to build back better, keeping many of the recent improvements we’ve seen in cleaner air, returning nature and reduced greenhouse gas emissions.”

The Cop26 Universities Network of more than 30 UK universities has used the research and other analyses to outline a path to recovery that puts the UK on a path to meeting its legal goal to cut emissions to “net zero” by 2050.

It has drawn up policies with economic returns and climate benefits the Government could implement, including:

– Investing in low carbon energy generation such as renewables;

– Rolling out broadband to help homeworking;

– Making bailouts for firms such as airlines conditional on making improvements in their pollution.

Measures should also include helping industry cut emissions, investing in clean infrastructure such as public transport, education and retraining for people who might lose jobs in the shift to low carbon and supporting research and development, they urged.

Prof Dave Reay, from the University of Edinburgh, said: “By aggressive investment in green skills and the creation of a swathe of green economy employment opportunities, the UK can buffer Covid-19’s impacts and simultaneously deliver a safer climate future.”