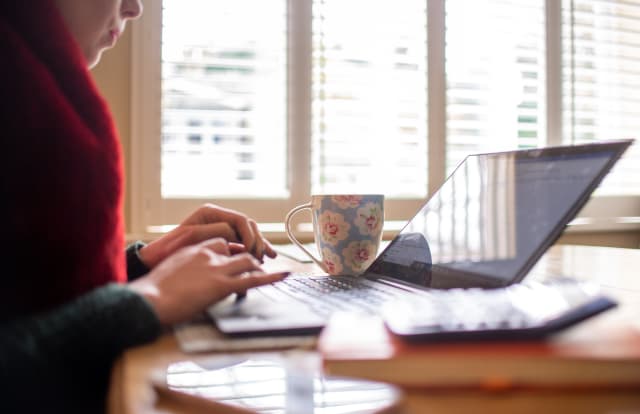 Reduced hot-desking, the closure of office lifts and canteens, and putting tape on the floor to mark where people should stand are among measures being proposed by the Government to get back people back to work.

Draft documents from the Department for Business, Energy and Industrial Strategy (BEIS), seen by the BBC and the Financial Times, say extra cleaning should be introduced in office spaces and the use of protective equipment should be considered where maintaining a distance of two metres between workers is not possible.

For workers who have customer-facing roles, plastic screens should be erected to help protect them, while continued home working and staggered shifts should also be encouraged, the guidance says.

The proposals are among a list of guidelines in seven documents drawn up after consultation with executives, trade bodies and unions.

The Financial Times reported that firms will also be told to lay on more parking spaces so that staff do not have to rely on lifts from colleagues.

Under the plans, millions of companies will have to draw up a Covid-19 “risk assessment” before allowing staff to return to work, the documents suggest.

The guidance also says social distancing will have to be maintained, whether on the shop floor, in shopping queues, or in communal spaces.

A Government spokesman said: “The Business Secretary continues to work with businesses, union leaders and the science and medical community so we can ensure workplaces are safe for those who will go back to work once the measures are relaxed and give people the confidence to return to work.”

But business leaders said clarity is needed on issues such as personal protective equipment (PPE) and whether firms can be held liable even if they fulfil their obligations to protect employees from coronavirus.

Director-general of the British Chambers of Commerce Adam Marshall said the issue is one of the “key questions we’ve asked”.

He told BBC Radio 4’s Today programme: “We need as much specificity as possible so businesses can ensure they’ve taken all the steps they can in order to protect their people.

“And, as much as possible, we want to see consistency across the UK. It would be very confusing and costly for businesses if we saw different nations going in very different directions.

“They (bosses) will want to know that they’re not going to be held liable for horrible things that may unfortunately happen if they’ve done everything in their power to keep their people safe.

“Whereas, by contrast, you’d want to see those employers who didn’t take adequate steps face the consequences of that so the question of legal liability is extremely important.”

Mr Marshall said there is a need for “clear guidance” on PPE.

“No business wants to be competing with the health services or with the care sector, for example, for PPE,” he told Today.

“We’re still waiting for more detail on that and it’s going to be hugely, hugely important for a lot of firms because the number of questions we’re hearing from businesses about protective equipment grows by the day.”

A UK-wide procurement strategy will be “hugely important” in order to source and manufacture the necessary PPE, he added.

– A smartphone app to trace the spread of coronavirus will be trialled on the Isle of Wight this week before being rolled out more widely later this month.

– Former Government chief scientific adviser Sir David King will host a meeting of experts on Monday to look at how the UK could work its way out of the lockdown in response to concerns over the “lack of transparency” coming from the Sage group of advisers.

Meanwhile, rail union leaders have voiced “severe concerns” over any moves to increase train services as part of the expected easing of the lockdown.

The three main rail unions have written to Prime Minister Boris Johnson warning that increasing services would send out a “mixed message“ that it is OK to travel by train, despite official advice suggesting otherwise.

“This mixed messaging could be dangerous and lead to the public flouting the rules on travel and work,” said Aslef, the RMT and TSSA.

The letter continues: “We will not accept new working patterns that put the lives of railway workers and passengers at risk.

“To be clear – we are not convinced that there is any basis at this time for a safe escalation of services.”

The Prime Minister is due to set out a new strategy on Sunday with more details on how the lockdown will be eased following a review of the current arrangements on Thursday.

It comes as he prepares to describe the race to develop a coronavirus vaccine as the “most urgent shared endeavour of our lifetimes” as he calls on nations to “pull together” in response to the pandemic.

Mr Johnson is expected to tell an online pledging conference on Monday – co-hosted by the UK and eight other countries and organisations – that the sooner states share their expertise, the faster scientists will succeed in defeating the disease.

In an interview with the Sun newspaper, the PM, who was treated in intensive care for Covid-19 last month, was asked whether he feared he might not live to meet his son Wilfred, who was born on Wednesday.