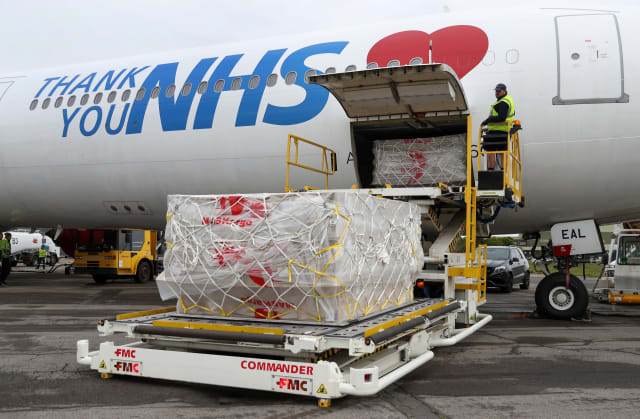 A passenger plane has landed in the UK with 10 million pairs of surgical gloves for the NHS.

The Airbus A340 9H-EAL, with “Thank You NHS” written on its fuselage, arrived at Bournemouth Airport after picking up the supplies from Kuala Lumpur, Malaysia.

The aircraft, owned by Bournemouth-based European Aviation Group, touched down at around 8.15am on Sunday, with the boxes of gloves then passed to NHS supplier Crest Medical, based in Warrington, which commissioned the delivery.

The flight is the second to land at the airport with NHS supplies, after 120,000 surgical gowns were brought from Tianjin, China, on Tuesday.

Several more flights are scheduled to depart from Bournemouth over the next few weeks to bring back PPE.