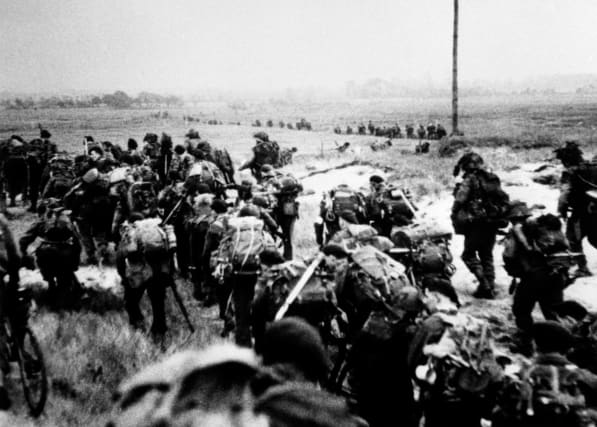 On May 8 1945, the unconditional surrender of Nazi Germany was formally accepted by the Allies.

It was declared Victory in Europe Day and is marked every year, with 2020 seeing the 75th anniversary of the momentous occasion.

Less than a year before, thousands of brave soldiers stormed the beaches of Normandy on June 6 1944, D-Day.

What happened in the 336 days between the Allied invasion of Europe and VE Day?

The PA news agency has taken a look at some of the key events of the war in Europe:

– June 14 1944: Charles de Gaulle lands at Normandy and gives a speech in Bayeux

– July 1944: After a lengthy siege, Field Marshal Bernard Montgomery’s forces break the deadlock at Caen and the city is liberated

– September 3 1944: Allied troops arrive at Brussels and the city is liberated

– September 1944: Operation Market Garden. The Allies’ airborne attack aimed at securing a crossing of the Rhine is defeated

– December 1944: Battle of the Bulge. German forces make a final offensive in the west aimed at dividing the advancing Allies but fail.

– January 27 1945: The Red Army arrives at the gates of Auschwitz Concentration Camp and liberates it