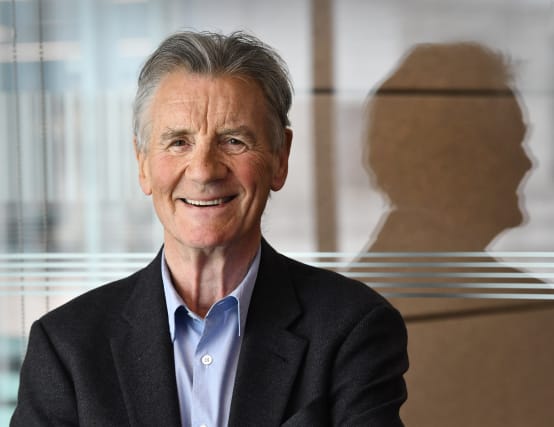 Sir Michael Palin has encouraged people to embrace learning about their own country in the future as the coronavirus pandemic restricts foreign travel.

The Monty Python star, 76, suggested that until a Covid-19 vaccine was found, people would not be jumping on planes to holiday around the world.

He argued that the UK contained “wonderful places and different landscapes” for travellers to explore.

The travel writer and TV presenter was asked on the BBC’s Andrew Marr show on Sunday how people might cope with being able to travel less in the future.

Sir Michael said: “I think you can travel less and travel better. If we have to be confined to travelling in the UK, it’s not a bad place to travel.

“Go to places and learn more about them. Enjoy them more. Find out more about your own country.

“Because I think it’s going to be very difficult for people right across the world to actually travel again as they did before.”

Sir Michael continued: “Until we find a vaccine, nobody is going to pack people in aeroplanes. There are going to be no cheap and cheerful flights around the world.

“It’s going to be very, very difficult to see the rest of the world, so I think narrow your horizons is not necessarily a bad thing.

Under current Government guidance, all British nationals are advised against all but essential international travel, with the nation still under its coronavirus lockdown.

Sir Michael admitted to feeling “guilty” that he was “quite enjoying” the opportunity to free up his diary and “do other things at a slightly different pace”.

He has contributed to a book titled Dear NHS: 100 Stories To Say Thank You, to be released in July, which contains contributions from a range of celebrities.

Sir Michael said he wanted to write about “the humanity and the humour of my experiences when in the NHS”.

“I think there is the most extraordinary relationship between the people who deal with you on the wards and the doctors and yourself. They get to know you at the moment of crisis,” he said.

Recalling a time he went to hospital to have his appendix removed, Sir Michael hailed the care he received.

He said: “The people who cared for us made us feel as though they were our friends for that brief time. I think that’s a terrific thing people do in the NHS.”